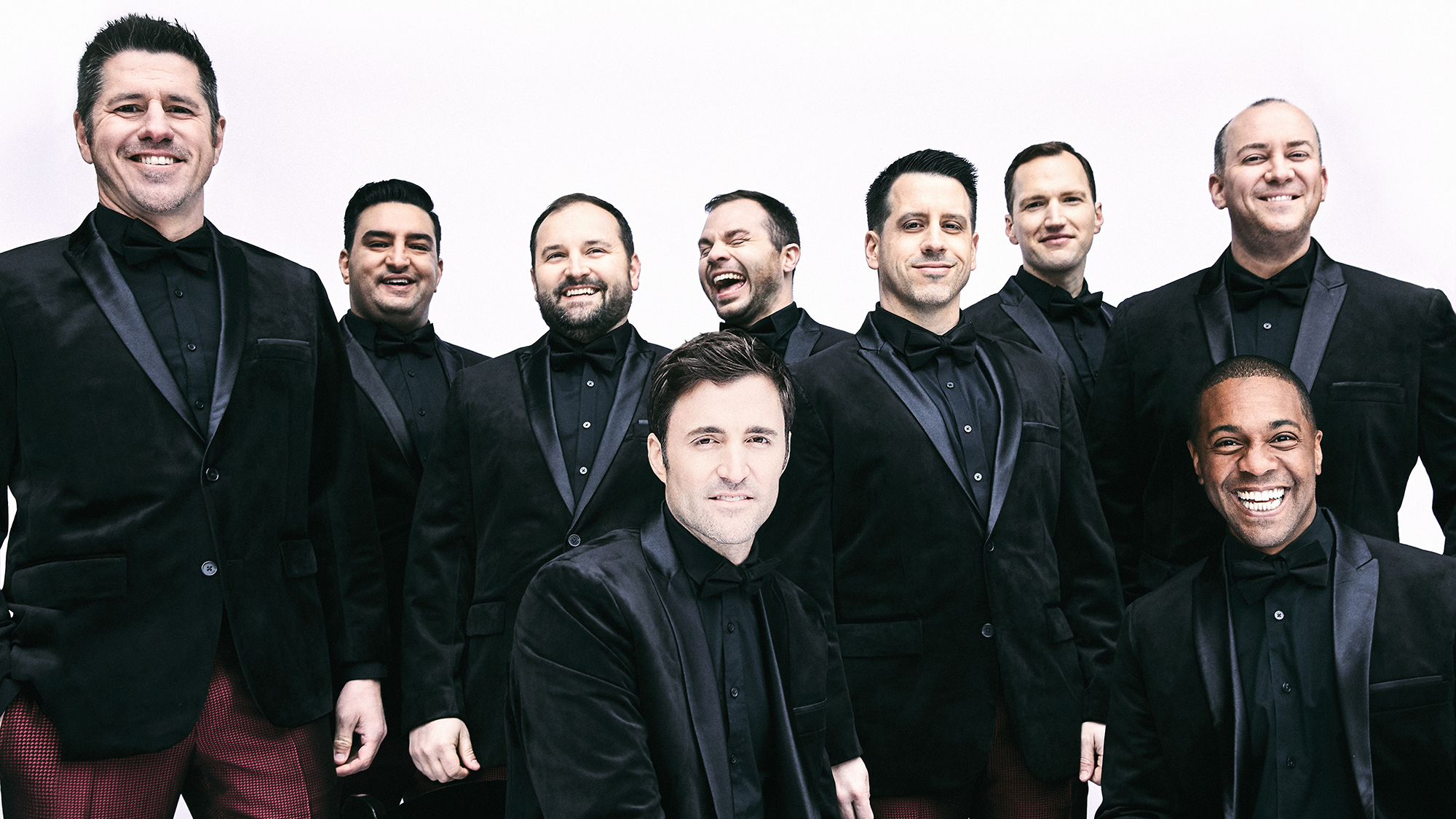 Back In The High Life Tour

Anywhere in the world, nine dapper vocalists walk across the stage and immediately bring audiences to their feet.

They do so with nothing more than microphones in hand, grins ear-to-ear, witty banter on point, and an uncanny ability to belt out holiday staples, R&amp;B smooth jams, and stadium anthems carried by style, swagger, and spirit. For as much as the story of Straight No Chaser belongs to the nine guys on stage, it also belongs to a devoted community of millions worldwide affectionately dubbed, “Chasers,” who cemented the a cappella collective’s status as an international phenomenon.

At the same time, theirs may be the most unlikely and unexpected underdog story in all of music…

In 2006, original member Randy Stine uploaded the 1998 performance of “The 12 Days of Christmas” to YouTube, simply with the motivation to share a bit of the glory days with his college buddies. Atlantic Records Chairman/CEO Craig Kallman saw the video, and blown away by the talent and chemistry of this a cappella anomaly, he sought out the guys and signed them.  Nobody expected such a response—least of all, the guys in the video.

They ushered a cappella into the mainstream, bursting on the scene before pop culture phenoms like The Sing-Off and Pitch Perfect. Continuing to forge ahead, they ascend to new benchmarks with each move. Annual tours sell out, television shows can’t get enough, and they always defy the odds, not just for a cappella, but for music, at large.

In 2019 Straight No Chaser added a new title to their portfolio–founders of SNC Records, a label partnership with Warner Music Group’s Arts Music Division. “Open Bar,” an EP by the group featuring their unique spin on late-night favorites, marked the first release on the label imprint. The group finished out 2019 with their largest fall tour yet and laid ambitious plans for 2020—spring tour dates and a new Christmas album.

And then 2020 became…2020. At the onset of the global pandemic, the group, like the entire world, quarantined. All tour dates had to be postponed. But in isolation, they felt compelled to move forward with the holiday album out of a need that they and others felt for normalcy. Re-creating, even virtually, holiday classics like “Silver Bells” and “Frosty The Snowman” was a bit of an escape from the reality of the outside world.

“We recorded this album from home, during the early days of the pandemic, where leaving the house was a luxury and singing holiday music helped bring a sense of calm and a sense of hope,” notes Isho.

To piece together the 9 parts from all across the US, SNC enlisted 8-time Grammy winning producer Kevin Killen (David Bowie, Peter Gabriel, U2). The time in quarantine eventually led to 15 new songs, including 5 original compositions. “In Straight No Chaser, we’re constantly trying to move the ball forward and make sure we have everything in place for upcoming projects and tours, but with COVID, all of that was gone,” continues Isho. “We were able to be solely focused on the album.”

As COVID spread across the US and the year became more tragic and long, the group resolved that a holiday album was becoming more of a necessity as a beacon of hope. In this spirit, the idea emerged to rework the Counting Crows classic “A Long December” as a holiday song fitting for 2020.

“I didn’t know what to think at first,” says Luginbill. “I’ve always been a fan of the song and certainly saw merit in the subject matter given what a crazy year 2020 has been. So one thing led to another and we reached out to our good friend and fantastic arranger, Deke Sharon, to do the vocal arrangement, and the rest is history. The song is definitely an unusual choice for the holidays—but that’s just fine by us—because I think in some way we’re all hoping that this coming year is better than the last.”

And indeed, 2021 is shaping up to be a packed year for the group.

“All we ever want to do with our music is provide joy to people through song,” Trepp continues. “In a very strange year for everyone, with a lot of negative, we hope to provide some positive into our fans’ lives.”