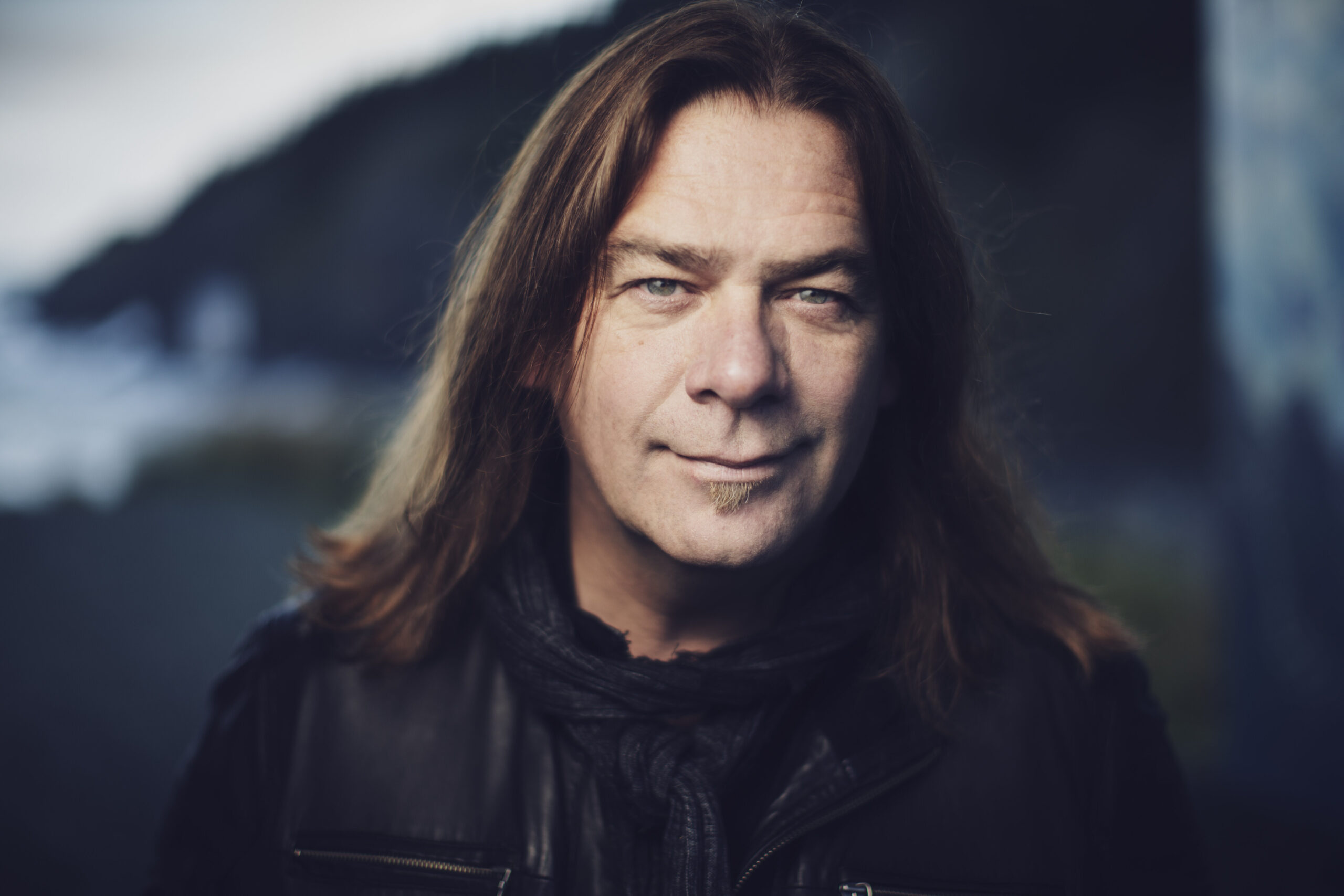 Alan Doyle – Rough Side Out

The boy from Petty Harbour, Newfoundland, is a born explorer who carries home with him wherever he
goes. Anyone who’s been observing keenly or casually over the last three decades will know Alan Doyle
shifts his musical emphasis with natural ease while remaining true to the traditions of the place and
people which form his artistic foundations. These truths hold on his latest release.
Back to the Harbour is a folk record. Its arrangements only lightly adorned, the lyrics direct. Absent are
drums and bass, as Doyle was performing select shows as a trio when circumstances aligned
serendipitously. “I had a few free days while touring around the Atlantic Bubble in November,” explains
Doyle breezily. “Nipped into Joel Plaskett’s amazing New Scotland Yard studio with Cory (Tetford) and
Kendel (Carson). We recorded six songs in three days right off the floor directly into an old tape
machine.” The recording has an immediate, intimate feeling; poignant in its clarity with themes
identifiably characteristic of the Atlantic but simultaneously universal in sentiment. Back to the Harbour
sounds as though it were performed in the listener’s living room.
“Back Home on the Island” opens the EP and sets the scene with heartfelt conviction. This song reads as
a newspaper article set in poetry. As Doyle says, “I first heard this song on TV sung by the most
influential band I have ever known, Wonderful Grand Band. The voice singing was that of the legendary
Ron Hynes though the words he spoke could have been directly from the mouth of any one of my
father’s generation in Petty Harbour.” The weary lines of lament for a disappearing way of life remain
timeless.
Taking a view of home from the other side of the ocean is “Into the Arms of Home”, inspired in part by a
visit to the WWI fields of Beaumont-Hamel, France, and written by Doyle with Cory Tetford as plaintive
tribute to the many young Newfoundlanders lost at the battle of the Somme. “It is such hallowed ground
that I expected it to be something more than what it is,” recalls Doyle. “So many died. So much was
sacrificed, I expected something otherworldly. But, of course, those soldiers who died were the
extraordinary, not the place at all. Their bravery and the curse of war is what remains incredible. As for
the place itself, it could have been anywhere. I took one look at it and said to my friends, ‘This is just a
meadow.’”
The heart of Back to the Harbour is undoubtedly found in the title track, led by the ‘dogs of Petty
Harbour’ – Alan alongside his father, Tom. “I wanted a song my dad and I could sing, which could have
been one of a million he knows top to bottom, but I thought it would be more special if we sang about
us, and about how we both had to pack it up and leave our beloved little fishing harbour to find work.”
The opening line, “I’m a dog from Petty Harbour, like my father was before” is not self-deprecating but
rather historical: folks from Petty Harbour used dog teams to get into St. John’s to shop and sell. It was
said that on a Saturday you could hear the barking on Water Street long before the sleighs came into
sight. Word would get around downtown quick. “Here comes the Petty Harbour dogs.”
“Leave Her Johnny” is a song Doyle confesses he can’t remember learning; it’s just always been part of
the language of his life and that of his neighbours. It’s a classic shanty with Irish roots from the 19th
Century, customarily sung at last day of a voyage. It’s a fitting companion to “Let It Be Me”, the Everly
Brothers’ song which Doyle says has always had a traditional feel to his ear. “Like a lonely sailor or soldier’s lament for his one true love. I always wanted to record it around an out-of-tune upright piano at
a Legion hall at closing time.” These two songs, like so many unforgettable tunes and indeed all in this
set, explore the pain of parting or its reverse, the expressed desire to remain close.
Back to the Harbour closes with a song Doyle says he wrote with someone he hasn’t met and is likely
unaware of the collaboration. While filming the feature film Robin Hood in 2009, Doyle was tasked with
taking bits of script and fashioning fulsome songs for his character, Alan A’Dayle, to sing. “I took a short
passage from a funeral scene and wrote this song as both a Farewell and a Coming Home. The final scene
we shot did not require a song, so this was orphaned until I started singing it to open or close live
shows.” This is the first studio recording for “Dream of Home”. As for the other, unintentional lyricist? “I
still don’t know who wrote the short passage in this song that remains at the heart of it and was the
inspiration for it all.”
Sometimes we are parting by circumstance or leaving by choice, or perhaps coming together by fate or
reuniting by design. If one knows the canon of Great Big Sea and Alan Doyle’s solo records, there can be
no mistaking his distinctive voice and steady themes. With Back to the Harbour, Doyle seamlessly
introduces new elements to his range while remaining close to his cherished traditions. Always pushing
the boat out a little further, ever returning to shore.

For someone who’s been on the road for more than 150 dates a year for the past 15 years, Chris Trapper appears to have taken his unsolicited break from touring pretty well. In between weekly livestreams on Facebook & Instagram, Trapper also performed in his fan’s backyards across the country all summer long during his “Socially Distanced Backyardapalooza”. To top it all off, Chris entered a studio near his home in Boston, MA to record his new album “Cold Water Waltz”.

“Recording an album in normal times is an interesting experience, so imagine creating new music during a global pandemic. Although I worked intensely with the producers (Brad Young and Jason Meeker) in their respective studios, I could rest assured because as most musicians know; audio engineers social distanced before it was trending.”

“I wrote most of these songs when I was opening for Rob over the summer of 2019. There were lots of days off then and admittedly, it was easy to get inspired to write new songs after witnessing so many thousands of people psyched to hear his songs every night. Rob & I wrote the song “Clear” together and he is truly the coolest guy to co-write with as he is all about the creative process and never about the ego.”

“Cold Water Waltz” was released on October 16th, 2020 and is available at christrapper.com and on all streaming and download services.

“His humble sense of humility is what makes Trapper’s songs so strong… He makes you feel like you are the person he’s singing about.” Popdose