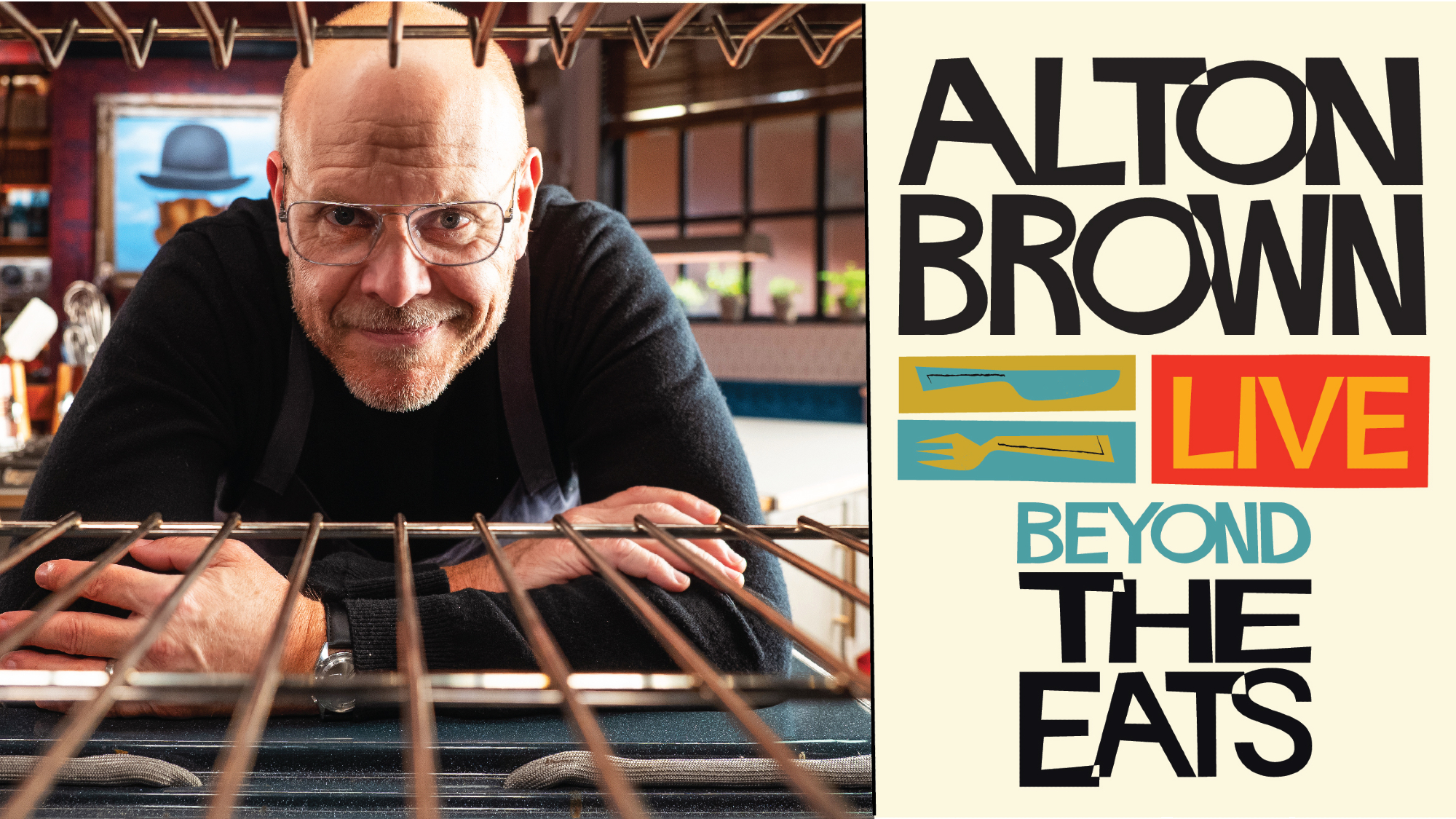 Alton Brown is hitting the road with a new culinary variety show.  Audiences can expect more comedy, more music, more highly unusual cooking demos, and more potentially dangerous sciencey stuff.  Prepare for an evening unlike any other and if Brown calls for volunteers… think twice.

Brown has a knack for mixing together science, music, and food into two hours of pure entertainment. “Plus, you’ll see things I’ve never been allowed to do on TV.”

Alton Brown has been on the Food Network for nearly 20 years and is best known as the creator, writer, and host of Good Eats, which ran for 14 years on the Food Network.  He also hosted Cutthroat Kitchen and served as the culinary commentator on Iron Chef America. He’s written eight books on food and cooking (including his newest, EveryDayCook). There are two James Beard awards with Brown’s name on them in a drawer in his office, and somewhere in the world there’s a coveted Peabody awarded to Good Eats that was stolen out of his car back in 2013.

Brown is producing Good Eats: Reloaded, for which he’s shooting new material to “renovate and repair” classic Good Eats episodes, and rebooted the series in 2019 with The Return of the Eats on Food Network.

*VIP tickets include premium seats and Alton Brown’s soundcheck experience followed by an intimate Q&A. VIP purchasers will be given first access to purchase tour merchandise and will receive a VIP laminate.