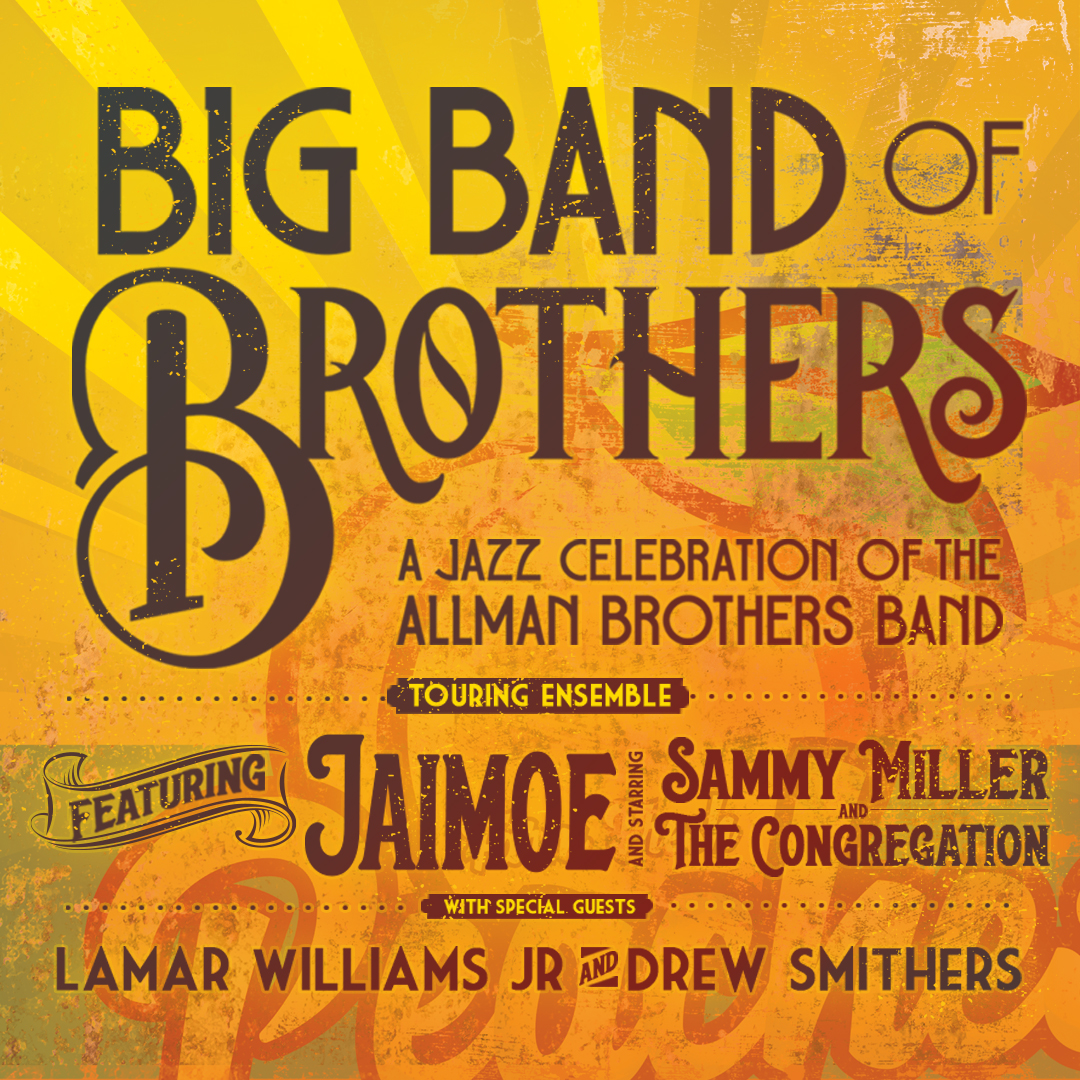 Wycliffe Gordon, celebrated trombonist of Jazz at Lincoln Center fame, is featured soloist on “Don’t Want You No More,” and he wrote the arrangement for “Statesboro Blues.” Gordon is consistently ranked among leading trombone players in the Downbeat critics poll, topping the list at least five times.

While jazz interpretations of Allman Brothers Band classics might come off as a surprise to some, the genre always held great inspiration for the band. Gregg Allman, recalling their early days, said that “Jaimoe [drummer Jai Johanny Johanson] gave us a proper education about jazz and got us into Miles Davis and John Coltrane. Kind of Blue was always on the turntable – Duane really got his head around that album – he also seriously dug Coltrane’s My Favorite Things.”

Warren Haynes, longtime ABB guitarist, offered this about Duane, “He talked a lot about how important Coltrane was in influencing him. It’s almost cliche to say that you’ve been influenced by John Coltrane these days because it’s so obvious that he’s an icon. But for somebody in the early ‘70s to actually take that influence into a rock or pop sensibility was quite a stretch. Perhaps he helped to make Coltrane a universal influence in ways he didn’t even realize…”

The Big Band of Brothers show scheduled for Friday, January 22, 2022, has been rescheduled to Saturday, January 21, 2023, at 8:00 PM. Please hold on to your tickets as they will be honored at the rescheduled show.