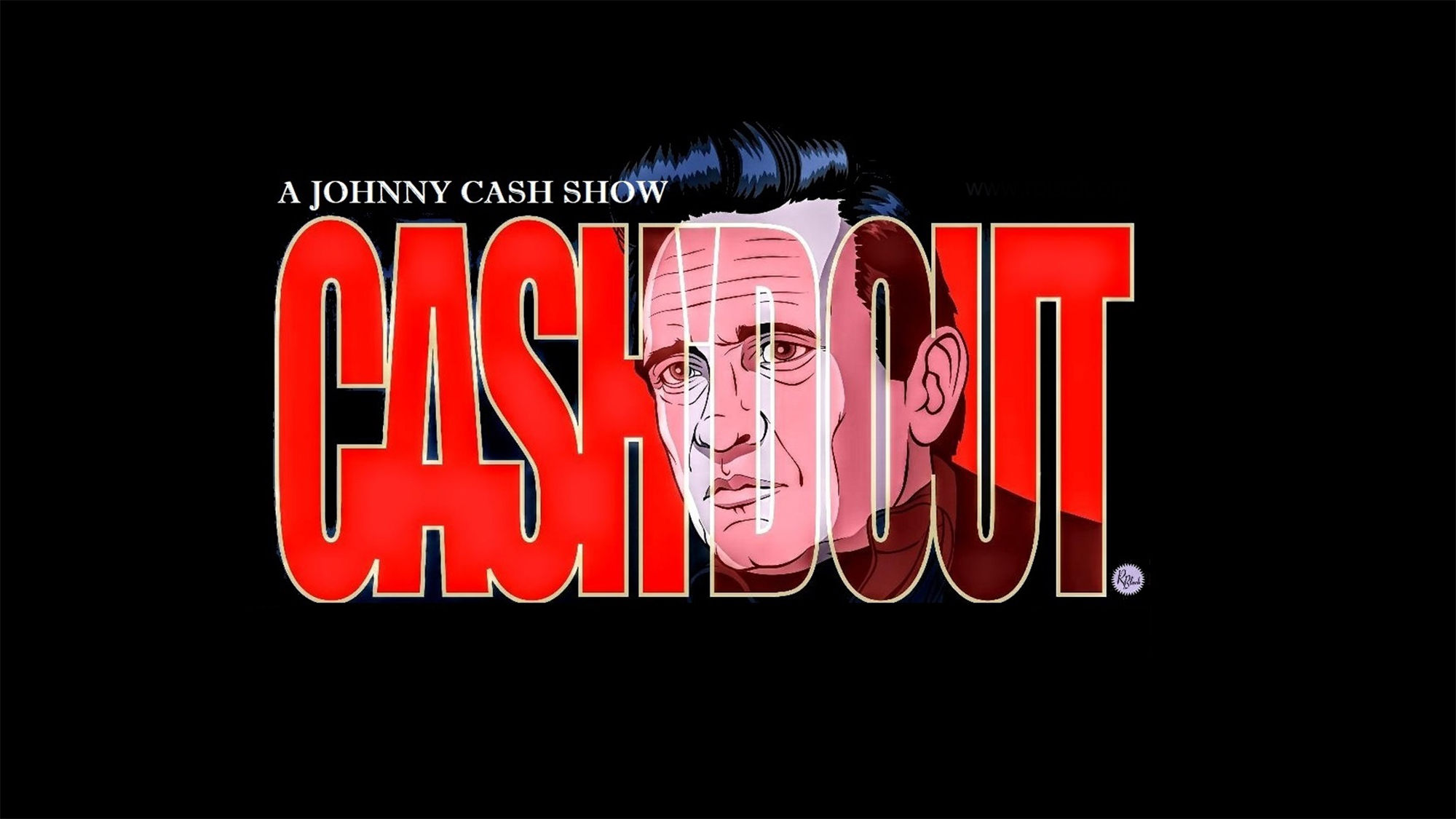 “Some people are impressionists. These guys leave an impression”. Says Bill Miller, owner of Johnny Cash.com about Cash’d Out, a San Diego based band that channels Johnny Cash in about as close a manner to the real thing as it gets.
After fifteen years, traveling hundreds of thousands of miles on the road and winning over as many fans, fans who still continually tell the group how grateful they are that Cash’d Out so righteously carries the torch of the Johnny Cash Show.
Besides music critics anointing Cash’d Out as “The Next Best Thing to Johnny Cash”, their highlights have been many:
W.S. Holland, Johnny Cash’s longtime drummer, has sat in with Cash’d Out; front man, Douglas Benson, has played Johnny’s cherry sunburst Guild guitar (courtesy of Mr. Miller); “Cindy Cash came to a show and was moved to give me a glass locket that was her father’s,” explains Benson; Longtime Johnny Cash manager Lou Robin has also been to several Cash’d Out shows and claimed that if he closed his eyes it was as if “going back in time.”; And most recently, an unforgettable evening performing the music of Johnny Cash with the San Diego Symphony as a special event for their Summer Pops Series.
The band’s live shows respectfully reference the late, great Man in Black’s Sun Records and early Columbia era sound, combined with the energy of the classic multi-platinum live recordings from Folsom Prison and San Quentin. The group’s genuine love (and authentic recreation) of Johnny Cash’s music and its universal appeal fans of all ages and of virtually all musical genres makes each Cash’d Out show a must-see event.
Or as Bill Miller says, “Some people are impressionists. These guys leave an impression.”