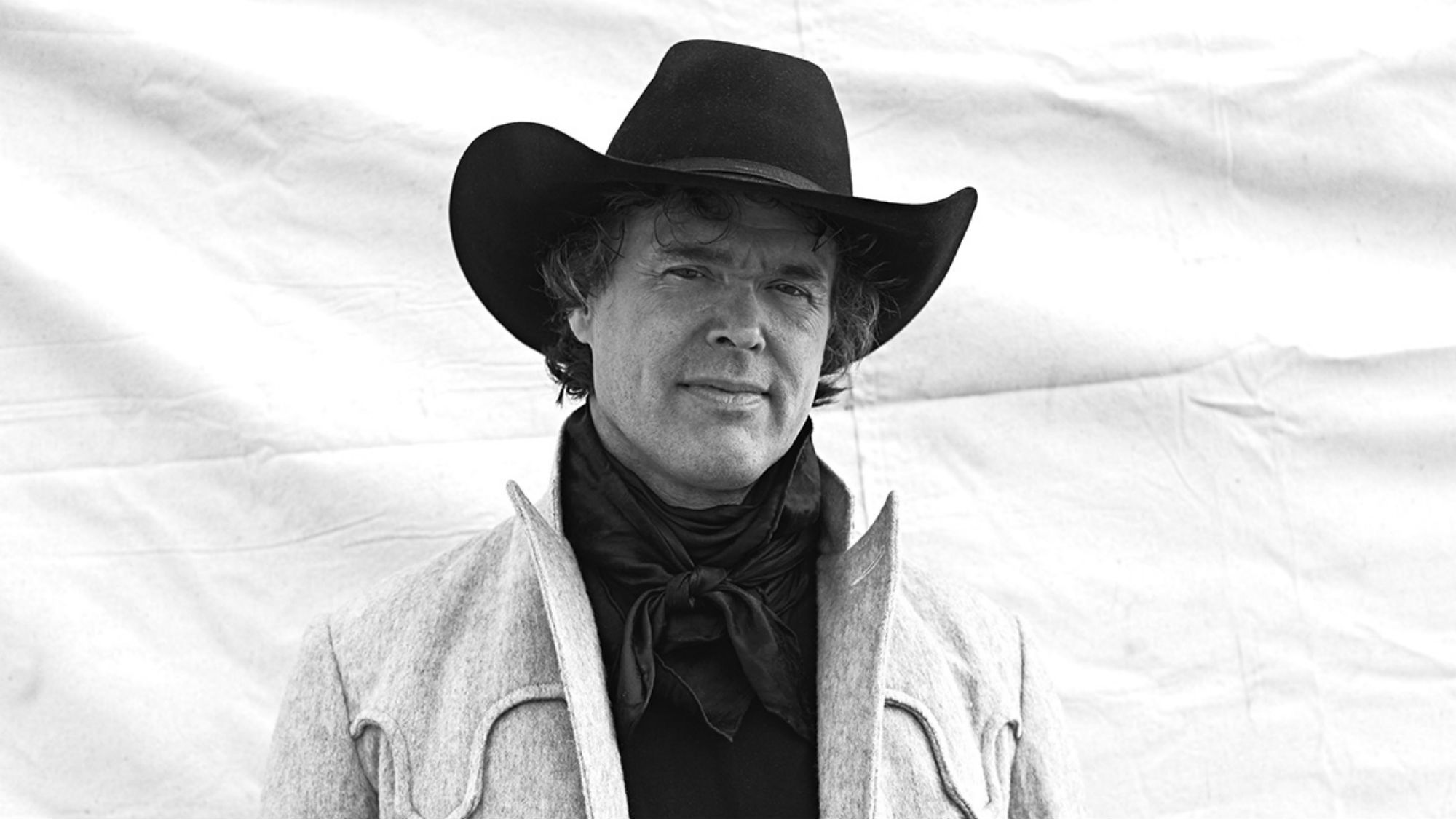 “When you come from generations of ranchers and rodeo people, you can’t help but be influenced by the West,” says award-winning roots country singer Corb Lund. Lund embraces his Western heritage through his music, touching on a range of cowboy themes past and present—from rough-and-tumble tales of lawless frontier saloons, to the somber realities of running a modern family ranch.

Hailing from the Rocky Mountains of Alberta, Canada, Lund is about as authentic as they come. He sings about the life that he knows and, as a result, his writing really resonates with rural audiences. Meanwhile, Lund’s traditional sound is music to classic country lovers’ ears, and has won over fans across the American West.

As Lund looks ahead to the summer of 2018, his sights are set on performing at rodeos, fairs, and Western events where audiences will not just enjoy the music, but truly connect with the lyrics.

Backed by his longtime honkytonk band, The Hurtin’ Albertans, Lund and the boys put on a great live show and really know how to get a crowd revved up. “

Like Willie Nelson before them, they bring out the

With 9 studio albums under his belt, multiple CCMA, Juno, and international award nomination and wins, Lund is musical force to be reckoned with. His seventh album, “Cabin Fever” debuted at #1 on the Billboard Canadian Charts; he has 3 gold records; and his latest release, “Things That Can’t be Undone”, cemented his status as one of the best country singer/songwriters in the business. Rolling Stone declared him one of the “10 New Country Artists You Need to Know” and NPR remarked, “The album is a high mark of a long career.”

“Melodically engaging and narratively compelling, Things That Can’t Be Undone furthers the case for Corb Lund as one of the best contemporary country songwriters.” – Popmatters

With a high-octave range and a Georgia drawl, Lauren Morrow isn’t here to sing a love song — she’s here to tell a story. And though she might be new to Nashville, she’s already paved her way as one of the city’s most promising artists. You might know her as the crown jewel of The Whiskey Gentry, who have toured with Three Dog Night, Cracker, and Butch Walker, appearing on festival bills like Shaky Knees, MerleFest, and Bristol Rhythm & Roots (to name a few).

In late July 2017, Morrow and her husband Jason travelled to Nashville to play Oh Boy Records’ John Prine Tribute night, a intimate gathering where musicians like Jason Isbell, Kelsey Waldon, and the Brothers Osborne joined together to benefit legendary artist Jessi Zazu. After witnessing the supportive music community that Nashville had to offer, Lauren and Jason, also a member of The Whiskey Gentry, decided it was time for a change.

Hightailing it back to Atlanta, they quit their jobs, packed their things, listed their on house on the market, and didn’t look back. Once settled into their new home in East Nashville, they collectively decided to shift the focus on a new, more focused project, simply called Lauren Morrow. Founded on a collaborative mentality, Morrow recruited an all-star lineup of Nashville’s most notable players, including drummer Jerry Pentecost, pedal steel player Whit Wright, bassist Ted Pecchio, and former Deer Tick member Robbie Crowell on keys. Less than a year later, Morrow landed in Creative Workshop’s studio with producer/engineer Parker Cason to create her self-titled solo debut. The four song EP not only showcases Morrow’s flawless vocals and intricate songwriting, but her willingness to take risks — an edge that makes her stand out from the Nashville norm.

Set for release October 12, 2018, the Lauren Morrow EP is filled with stories; some real, some fiction, all universal yet personal. The album begins with the upbeat, twang-filled “Viki Lynn,” a sentimental nod to Morrow’s own mother that chronicles the decades of her life. The song grew out of the lyrics, “Have you ever seen a more beautiful girl alive // than Viki Lynn in 1975” and that aha! moment that everyone has about their parents at some point. “I kept thinking about when you see old pictures of your mom when she’s young, and you think, ‘you’re so beautiful,’” Lauren says, “And the older you get, the more you realize that your parents were people before you existed.”

Fading into the softer, “I Don’t Think About You At All” some might mistake the pedal steel, somber tune as a sarcastic break-up ballad, but it’s actually the opposite — a testament to Morrow’s wit-filled, skilled songwriting. “There’s a line in that show Mad Men where Don Draper get in an elevator with a kid he’s hired to work for him,” she recants, “The elevator doors close, the kid turns to Don and says, ‘I think you’re an asshole.’ and Don, without any hesitation, says, ‘I don’t think about you at all.’ I thought, damn that’s good.” While the core of the song was directly inspired by Don Draper, Morrow’s lyrics depict an attitude that’s timeless, especially these days. “The words are very true. The lyrics are exactly how I feel some people think about me, but I have to silence the noise and not care,” she says, “I think the best thing to do is say I don’t think about you at all. Get your power back.”

The next song opens with Pentecost’s signature, strong drum techniques and sets the tone for what Morrow calls ‘a less violent version’ of “Fist City” by Loretta Lynn. “I wrote ‘Mess Around’ when I was thinking about someone who I thought was my friend, only to find out that they weren’t,” Lauren explains, “There are women in your life that are gonna lift you up, and then there are women who are self-serving.” Adding to the lyrics is the dynasticism of each player and their varied talents; Wright came up with the chords, and Jason Morrow invented the lick, making this the most collaborative song on the record.

The album concludes with a bang, and in more ways than one. “Barbara Jean” came to light after a night of drinking, intimate storytelling, and a Southern secret swept under the rug. “We had just played in Chattanooga, and Jason went out with a friend whose family was from there. He told Jason  that his whole family lived there, except for his grandma, who went missing 10 years ago,” Lauren begins, “He was like, ‘Yeah, her and my grandpa were in a fight, they went to Lake Nickajack on their anniversary trip, and my grandma never came home. And then my grandpa got married six months later.’” Coupled with details as eerie as grandma and grandpa, Jason came home and immediately told Lauren about the (surprisingly) cold case, which sparked a song idea. “Jason was thinking that we should write it in a minor key and it would be real sad, but the first thing that popped into my head was that we should write it from the perspective of grandpa, presumably the killer, in a major key; which is what it ended up being.”

It’s the small details like those that set Lauren Morrow apart. Musically she’s talented, lyrically she’s talented, there’s no question to that; but Morrow’s ingenuity shines through in the studio and on stage. Whether she’s singing a murder ballad or an vintage, classic-country sounding banger, there’s a unique impression she leaves that lingers. You don’t want to miss it.

The Corb Lund show scheduled for April 9th, 2020 at Dante’s has been rescheduled to September 26th, 2020. Please hold on to your tickets as they will be honored at the rescheduled show.