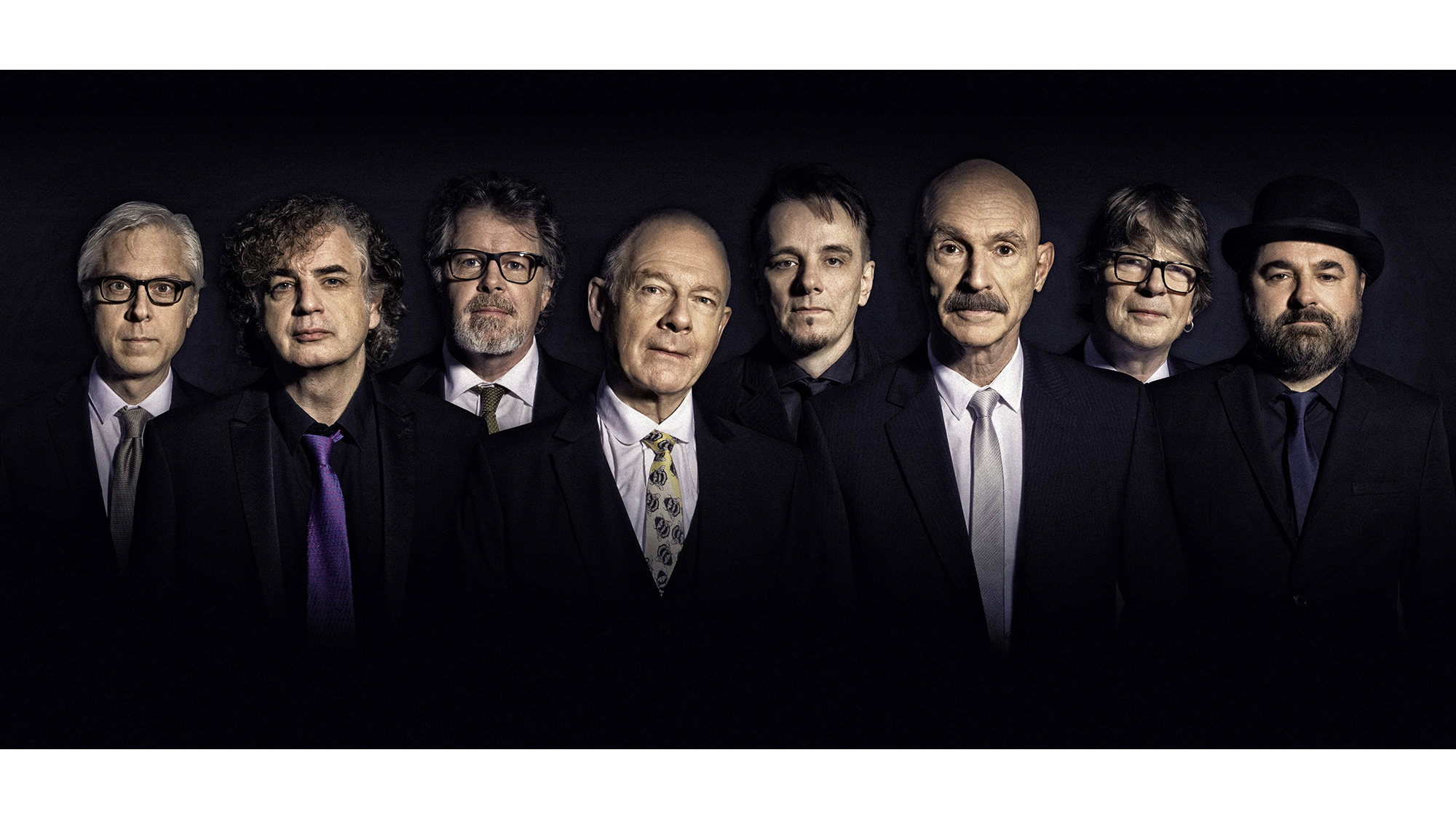 Since the band’s return to live performance in 2014, with critically acclaimed sell-out shows all over the world including two defining shows at the Roman amphitheatre in Pompeii, the audience has been reinvented, as much as the band itself:

“In Pompeii, a large percentage of the audience was young couples; KC moved into the mainstream in Italy. I walked onstage knowing that this band’s position in the world has changed level.” Robert Fripp

The band’s packed three-hour shows regularly include material from twelve of their thirteen studio albums, including many of the songs from their seminal 1969 album In The Court of the Crimson King, described by Pete Townshend, as an “uncanny masterpiece”. The new 8-piece line-up plays many historic pieces which Crimson have never played live, as well as new arrangements of Crimson classics – “the music is new whenever it was written”. There are also new instrumentals and songs, as well as the compositions by the three drummers, Pat Mastelotto, Gavin Harrison and Jeremy Stacey, which are a regular highlight. A unique show, where eight of the best musicians in the world play music without distraction or adornment.

SHOW UPDATE:
Due to circumstances outside of our control, the King Crimson show at the Atlantic Union Bank Pavilion on June 13th, 2020 has been cancelled. Refunds will be available at the point of purchase.