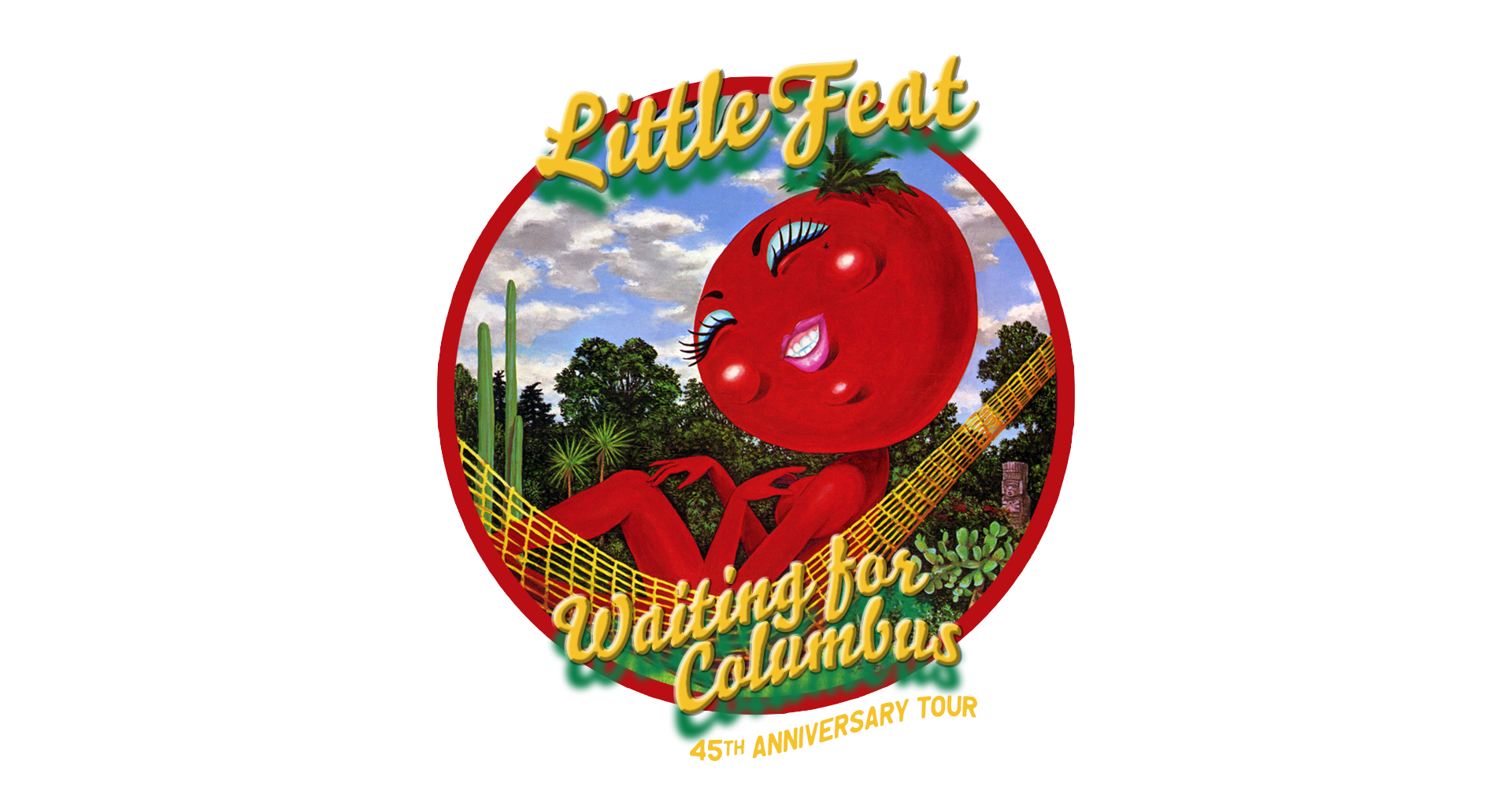 Little Feat is the classic example of a fusion of many styles and musical genres made into something utterly distinctive. Their brilliant musicianship transcends boundaries, uniting California rock, funk, folk, jazz, country, rockabilly, and New Orleans swamp boogie into a rich gumbo, that has been leading people in joyful dance ever since.

It began in 1969 when Frank Zappa was smart enough to fire Lowell George from the Mothers ofInvention and tell him to go start a band of his own. Soon after, Lowell connected with Bill Payne, which stirred up sparks. They then found drummer Richie Hayward. They were quickly signed by Warner Bros. and began working on the first of twelve albums with that venerable company. The first album, Little Feat, featured the instant-classic tune “Willin’,” and the follow-up Sailin’ Shoesadded “Easy to Slip,” “Trouble,” “Tripe Face Boogie,” “Cold Cold Cold” and the title track to their repertoire. Paul Barrére, Kenny Gradney (bass), and Sam Clayton(percussion), joined up, and the latter two remain rock-solid members of Little Feat’s rhythm section. 1973’s Dixie Chicken gave them the title track and “Fat Man in the Bathtub,” as good a blues as any rock band has ever written.

Their career to that point was summed up with the live Waiting for Columbus, truly one of the best live albums rock has ever heard. Fifty years on the road cost them Lowell George, then Richie Hayward and Paul Barrére, but the music has carried them forward. When you spend your life on the road you can get eaten up by the stresses, or you can hold on to your music and your friends and the joy of the people out front and keep the priorities straight the way the Featsters have.

A San Franciscan now calling Tennessee home,Nicki Bluhm possesses a modern, clear-eyed perspective that grabs the heart and keeps you holding on to every word. Bluhm’s music career began in the Cow Hollow area of San Francisco, where she recorded two solo albums and co-founded Nicki Bluhm and The Gramblers. The band wrote and performed their own music and recorded covers nostalgic to their childhoods, including their viral YouTube hit, the Hall and Oates classic “I Can’t Go For That.” In 2017, Bluhm made the decision to leave California to forge a career as a solo artist in Nashville. Herensuing solo album,To Rise You Gotta Fall(2018), plumbed the depths of hard goodbyes and hopeful beginnings.

Releasing in June of 2022, her new album Avondale Drive is a masterful exploration of what it means to be fully yourself, rather than a vessel for the expectations of others. “This album is a lot about building trust back in myself. Finding my own inner compass and aligning it to my authentic self,” she says. Recorded in East Nashville with producer Jesse Noah Wilson, and featuring Oliver Wood, Erin Rae, A.J. Croce, Jay Bellerose, and others, Avondale Drive combines nostalgic country-rock with distinctly modern, sharplyricism—an apt contrast for the process of studying one’s past in order to make a better future.

“Writing songs is often a way for me to talk myself down when my ruminating mind won’t stop,” Bluhm says, “I have to remind myself that it’s important to sit with hard feelings, to know what I’m in control of and more importantly of what I’m not.To learn how to be comfortable within the discomfort. The songsI tend to write are typically what become the mantras I need to hear most.”Highlight tracks include “Friends,”a duet with Oliver Wood,“Love to Spare,” which Bluhm co-wrote with songwriter A.J.Croce, and “Learn to Love Myself,”about the self-reflection that comes when you don’t have a person around to distract you from your own flaws.

Avondale Drive is reminiscent of the beginnings and endings described in Bluhm’s previous album, but there is a distinctly new, mature perspective. Says Bluhm, “At the end of a relationship, sometimes the truth is the only scrap of kindness we have left to offer. [It all] goes back to the overarching theme of trusting yourself, trusting the universe and trusting it’ll all work out as it should. Calling off the war with what IS.” Following appearances and collaborations with artists such as Phil Lesh, Dawes, The Band of Heathens, Little Feat, and The Infamous Stringdusters, Bluhm’s creative confidence is well-won, and her authentic voice and songwriting is all the more apparent on Avondale Drive.