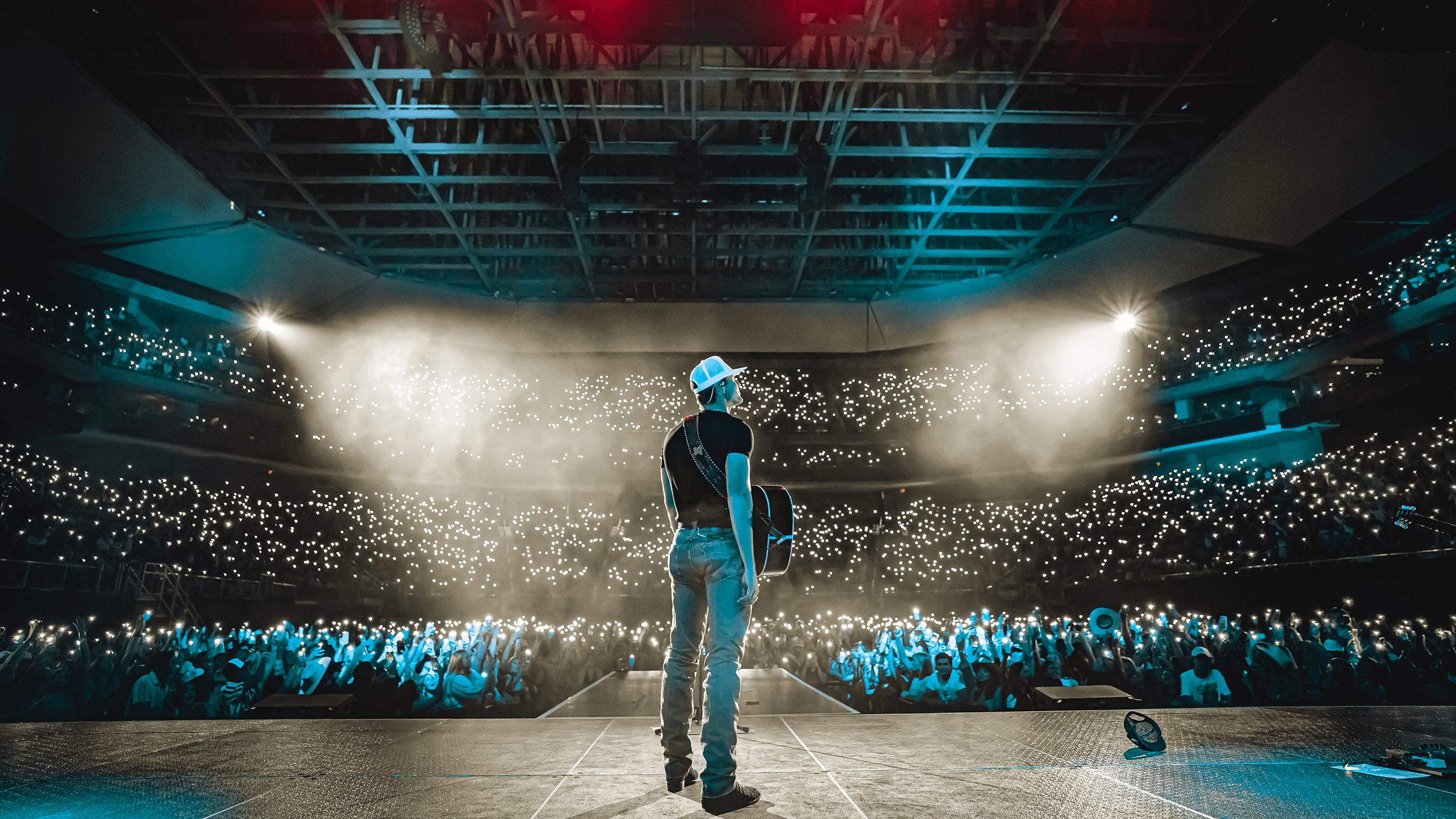 Coming into 2022, McCollum had already been named an ‘Artist to Watch’ by Rolling Stone, Billboard, Sounds Like Nashville, MusicRow and The Boot. He was featured as the Opry Next Stage ‘Artist of the Month’ and Apple Up Next Artist for 2021. Parker made is late night TV debut on “Jimmy Kimmel Live,” where he performed his hit “To Be Loved By You.”

This year has only proven McCollum’s star status by garnering his first two major awards – ACM’s 2022 New Male Artist of the Year, and the CMT Award for ‘Breakthrough Video of the Year’ for his mega hit, “To Be Loved By You.” McCollum is also a 2022 CMA Award nominee for “Best New Artist” – his first nomination at Country Music’s biggest night.

Singer/songwriter and multi-instrumentalist Parker McCollum released his major label debut album, Gold Chain Cowboy, with MCA. The album follows his Hollywood Gold EP which was met with widespread critical acclaim and became the top-selling debut Country EP of 2020. McCollum earned his first-ever No. 1 hit with his double-platinum certified premiere single, “Pretty Heart,” and his follow-up gold certified single, “To Be Loved By You,” also hit No. 1 on the charts. “To Be Loved By You” was also the only debut single to ship to radio and peak at No.1 in 2020. In November of 2021, McCollum made his first late-night TV appearance performing on Jimmy Kimmel Live.

McCollum has been named an ‘Artist to Watch’ by Rolling Stone, Billboard, SiriusXM, CMT, RIAA, and more with American Songwriter noting, “The Texas native teeters on the edge of next-level superstardom.” MusicRow listed McCollum as their 2021 Breakout Artist of the Year and Apple also included him as one of their all-genre “Up Next Artists” Class of 2021. A dedicated road warrior, McCollum made his debut at the famed Grand Ole Opry in 2021 and he already sells out venues across the country (over 40 sold out shows nationwide in 2021) including record-breaking crowds in Dallas (20,000), The Woodlands (16,500), Austin (7500+), Lubbock (7700+), Jackson, MS (5000+), Kearney, NE (3000+), Nashville’s Ryman Auditorium, and three nights at Fort Worth’s iconic Billy Bob’s Texas. In March of this year McCollum made his debut at RODEOHOUSTON to a sold-out crowd with over 73,000 tickets sold. He also made a dream come true by performing at Austin City Limits for the first time and will be kicking-off their 2023 season. McCollum earned his first ACM award for New Male Artist of the Year in March 2022 in Las Vegas.  McCollum also won his first CMT “Breakthrough Video of the Year” award, a fully fan-voted honor, in April 2022. Parker is currently up for his first-ever CMA Award as a nominee in the “New Artist of the Year” category.

With the small-town charm of a boy from Bixby, OK, the big-city energy of Dallas, TX, and vocal prowess that rivals Nashville’s best – Corey Kent has been poised for a career in music from the beginning. Growing up influenced by various genres and artists, Corey started his journey in music at an early age. Taking the stage at age 11 as the lead singer for a touring Western Swing band, Corey hit early career milestones opening for legendary acts like Roy Clark and The Oak Ridge Boys. A few years later, he would be booking gigs around his hometown of Bixby, OK and by 17 he made his way to Nashville.

In 2020, Corey released his From the West LP which garnered 3.5+ million aggregate streams and set the stage for his next chapter. His song “Gold” and fan favorite “Ain’t My Day has nearly 15 million streams combined. In December of 2021, Coreyreleased his sophomore album, ’21, to an overwhelmingly positive reception and landed on multiple playlists across the streaming platforms with his single “There’s Always Next Year.” Both albums were released via Combustion Music. On March 4, 2022, Corey released his smash hit single “Wild As Her” and shortly after signed his deal with Sony Music Nashville and their RCA Nashville Imprint.

A road warrior, Corey has been seen out on the road performing over 100 shows a year in 2021 alone. Along with headlining his own shows and playing the top music festivals across the country, Corey has been the supporting act for artists including Parker McCollum, Cody Johnson, Chase Rice, Eli Young, Josh Abbott, Flatland Cavalry, and Kolby Cooper. Corey also has major success writing songs for others including Kolby Cooper, Brandon Jenkins, Clark Green’s #1 hit “Hit You Where It Hurts” and more under his publishing deal with Combustion Music.

CATIE OFFERMAN MAY BE A NEW NAME TO COUNTRY MUSIC FANS, BUT SHE’S ALREADY GAINING A REPUTATION AS ONE OF THE GENRE’S MOST SKILLED PLAYERS AND PROMISING MODERN TRADITIONALISTS.

“I KIND OF SEE MYSELF AS ASPIRING TO BE A FEMALE GEORGE STRAIT,” CATIE SAYS. “I WANT TO BE AS VULNERABLE AS I CAN AND LIGHTHEARTED BECAUSE LIFE IS SHORT.”

NASHVILLE’S MUSIC COMMUNITY IS RESPONDING. CATIE GRADUATED FROM BERKLEE COLLEGE OF MUSIC AT 19, SIGNED HER PUBLISHING DEAL WITH UNIVERSAL MUSIC GROUP PUBLISHING ABOUT FIVE YEARS LATER, WAS FEATURED IN THE HIGHWOMEN’S “REDESIGNING WOMEN” VIDEO, INKED HER RECORD DEAL WITH UNIVERSAL MUSIC GROUP IN 2020 AND WAS NAMED ONE OF “THE BOOT’S” 2021 ARTISTS TO WATCH.