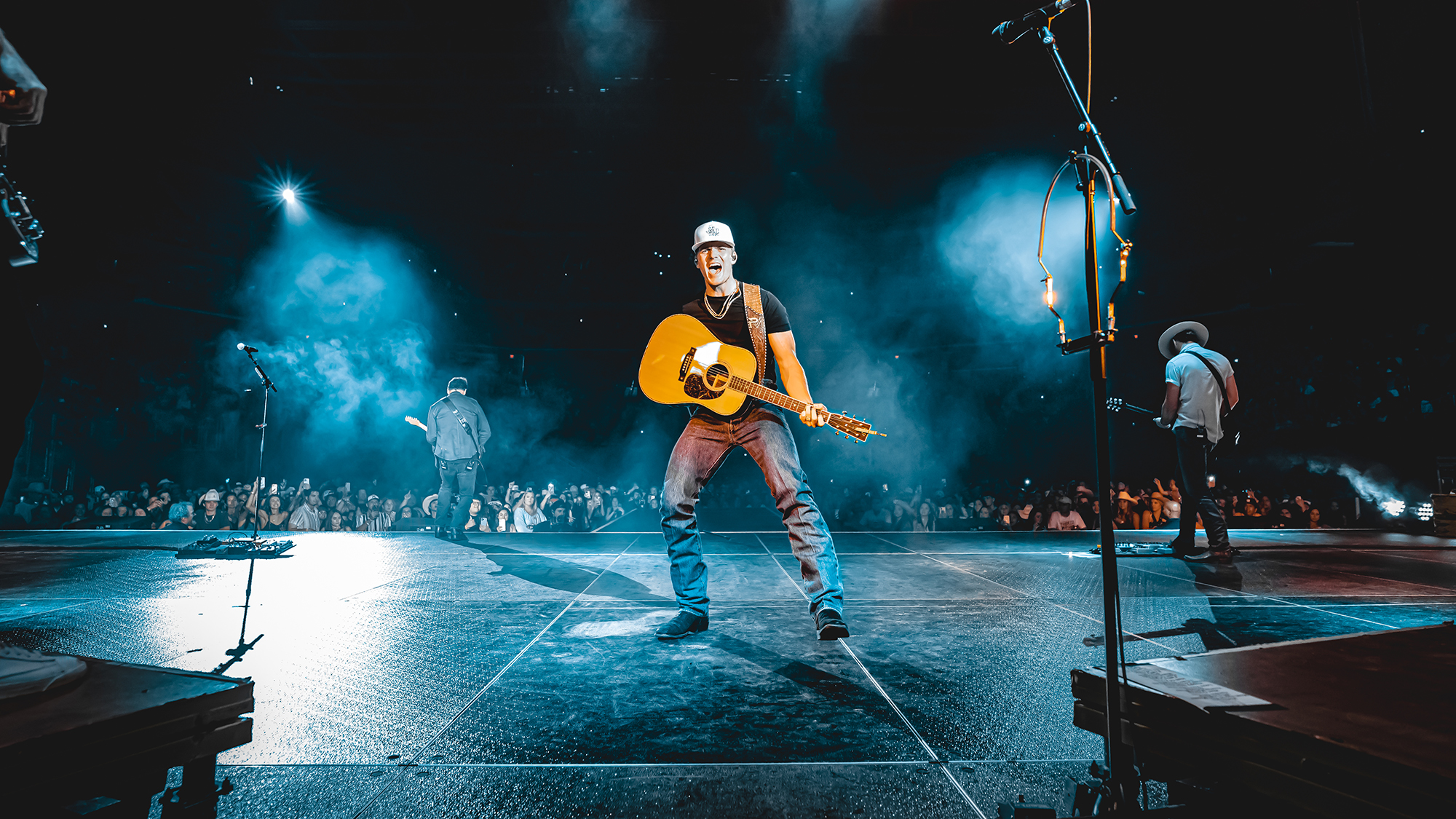 Coming into 2022, McCollum had already been named an ‘Artist to Watch’ by Rolling Stone, Billboard, Sounds Like Nashville, MusicRow and The Boot. He was featured as the Opry Next Stage ‘Artist of the Month’ and Apple Up Next Artist for 2021. Parker made is late night TV debut on “Jimmy Kimmel Live,” where he performed his hit “To Be Loved By You.”

This year has only proven McCollum’s star status by garnering his first two major awards – ACM’s 2022 New Male Artist of the Year, and the CMT Award for ‘Breakthrough Video of the Year’ for his mega hit, “To Be Loved By You.” McCollum is also a 2022 CMA Award nominee for “Best New Artist” – his first nomination at Country Music’s biggest night.

Singer/songwriter and multi-instrumentalist Parker McCollum released his major label debut album, Gold Chain Cowboy, with MCA. The album follows his Hollywood Gold EP which was met with widespread critical acclaim and became the top-selling debut Country EP of 2020. McCollum earned his first-ever No. 1 hit with his double-platinum certified premiere single, “Pretty Heart,” and his follow-up gold certified single, “To Be Loved By You,” also hit No. 1 on the charts. “To Be Loved By You” was also the only debut single to ship to radio and peak at No.1 in 2020. In November of 2021, McCollum made his first late-night TV appearance performing on Jimmy Kimmel Live.

McCollum has been named an ‘Artist to Watch’ by Rolling Stone, Billboard, SiriusXM, CMT, RIAA, and more with American Songwriter noting, “The Texas native teeters on the edge of next-level superstardom.” MusicRow listed McCollum as their 2021 Breakout Artist of the Year and Apple also included him as one of their all-genre “Up Next Artists” Class of 2021. A dedicated road warrior, McCollum made his debut at the famed Grand Ole Opry in 2021 and he already sells out venues across the country (over 40 sold out shows nationwide in 2021) including record-breaking crowds in Dallas (20,000), The Woodlands (16,500), Austin (7500+), Lubbock (7700+), Jackson, MS (5000+), Kearney, NE (3000+), Nashville’s Ryman Auditorium, and three nights at Fort Worth’s iconic Billy Bob’s Texas. In March of this year McCollum made his debut at RODEOHOUSTON to a sold-out crowd with over 73,000 tickets sold. He also made a dream come true by performing at Austin City Limits for the first time and will be kicking-off their 2023 season. McCollum earned his first ACM award for New Male Artist of the Year in March 2022 in Las Vegas.  McCollum also won his first CMT “Breakthrough Video of the Year” award, a fully fan-voted honor, in April 2022. Parker is currently up for his first-ever CMA Award as a nominee in the “New Artist of the Year” category.

Fast-rising Country singer/songwriter Jackson Dean is quickly earning a reputation for his old school, gritty, lyric-driven, outlaw style of Country. Mature beyond his years, Jackson opted to move out to a cinderblock, concrete floor, one-room shack on the back of his grandfather’s property with no heat and no plumbing at just 18 years old. An adventurous and carefree spirit, the 22-year-old multi-instrumentalist, is also an old soul and skilled artisan whose pastimes include making leather goods, wood-burned art and disappearing into the woods to sleep under the stars. Bringing that same sense of adventure and downhome vibe to his songwriting, the “modern-day Country rambler” (Taste of Country) burst on the scene, showing people how real music can be with his atmospheric, musically-forward debut album GREENBROKE (out now via Big Machine Records). The Maryland native’s debut, “Don’t Come Lookin’” came out swinging as the highest charting debut Country single since 2015 and is currently climbing through the Top 5 after being featured on the soundtrack for Netflix’s The Ice Road, Paramount Network’s hit series Yellowstone and having been covered on The Kelly Clarkson Show. The hit also landed a spot on Billboard Hot 100 as it continues to soar with more than 25 million radio airplay audience impressions and 70 million streams. Following an early career of local performances in his hometown, Jackson has joined bills with superstar acts like Toby Keith, Miranda Lambert, Brantley Gilbert, Kane Brown, Jake Owen, Brooks & Dunn, Lee Brice and Brothers Osborne and found himself on the bill for credible events like Austin City Limits and Stagecoach. The young talent will wrap up 2022 by joining HARDY on the Wall-to-Wall Tour before hitting the road in 2023 with Blake Shelton and Carly Pearce for the Back to the Honky Tonk Tour at the top of the year.