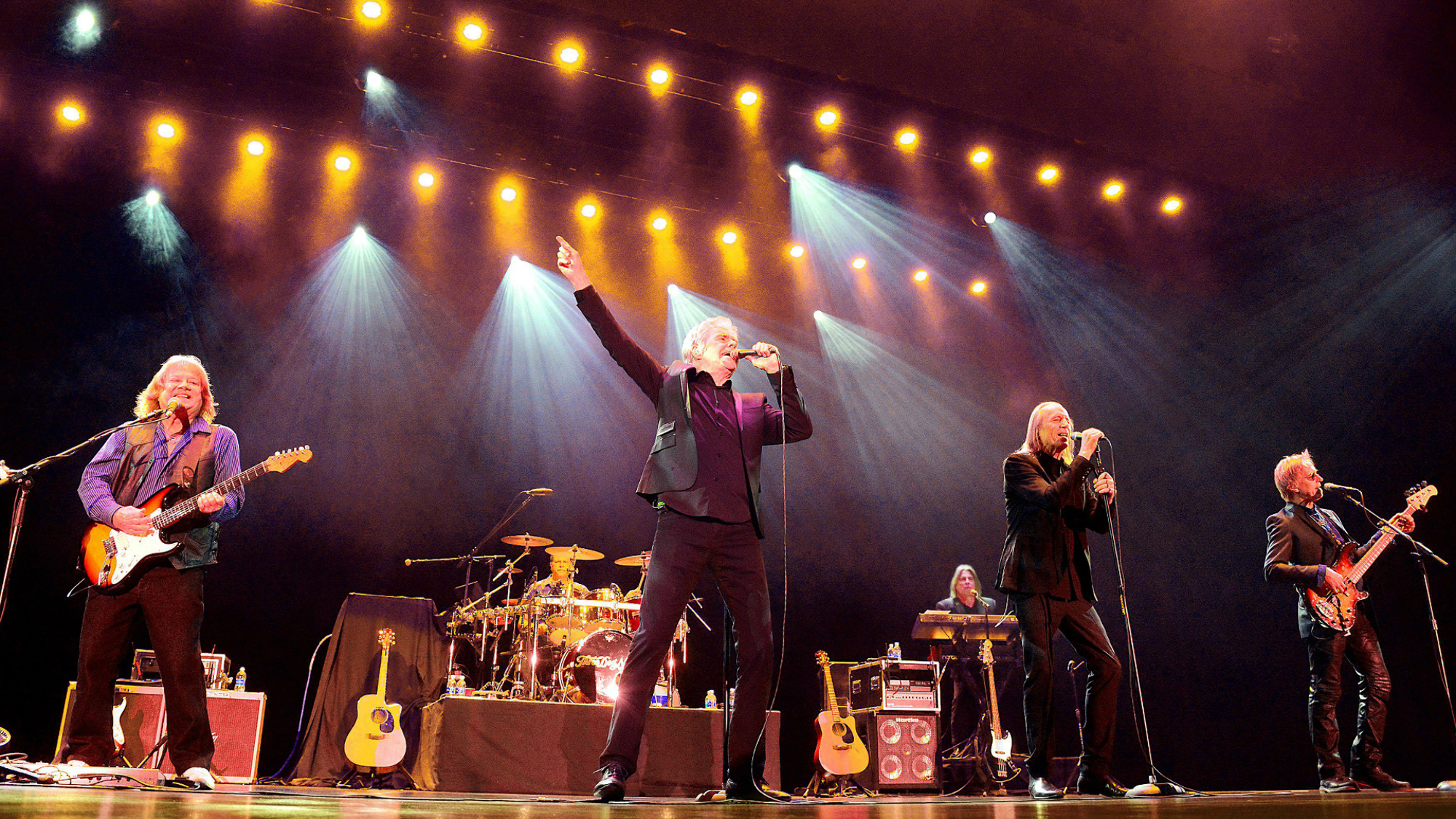 Legendary band, THREE DOG NIGHT, now in its 5th decade, claims some of the most
astonishing statistics in popular music. In the years 1969 through 1974, no other group
achieved more top 10 hits, moved more records or sold more concert tickets than THREE
DOG NIGHT.

THREE DOG NIGHT hits weave through the fabric of pop culture today, whether on the
radio where they are heard day in and day out, in TV commercials or in major motion
pictures — songs like “Mama Told Me (Not To Come)”, “Joy to the World”, “Black and
White”, “Shambala” and “One” serve to heighten our emotions and crystallize THREE
DOG NIGHT’s continuing popularity.

This Grammy-nominated band is not content resting on its legacy alone. Always working
to expand its audience, THREE DOG NIGHT has embraced and been embraced by 21st
century music technology. New and existing fans buy THREE DOG NIGHT’s music on
iTunes as well as at record stores. In fact, releases from this decade alone have sold well
over a million copies.

Boston Rock Legend CHARLIE FARREN has long been known for great songs, great
singing, and for outstanding live performances. Currently touring solo acoustic, Farren captures
the audience with his unique delivery, insightful lyrics, soaring vocal, and distinctively intricate,
‘Full Band’ guitar style that distinguishes him among the country’s elite musical artists.
Farren burst onto the national scene in the early 80’s as lead singer of THE JOE PERRY
PROJECT, teaming up with Aerosmith lead guitarist Joe Perry and releasing an acclaimed album
on Columbia Records. Farren penned the Billboard charting classics “Listen To The Rock” and
“East Coast, West Coast”, also co-writing four songs with Perry including the hit “I’ve Got The
Rock ‘N’ Rolls Again”.
As lead singer & rhythm guitarist of The Joe Perry Project, Farren established himself as one of
the hottest young singers to emerge from the Boston music scene. The Joe Perry Project sold out
venues throughout the country and toured North America with artists such as Ozzy Osbourne,
Heart, ZZ Top, Alice Cooper and Rush.
In 1986 Farren formed FARRENHEIT, releasing a self-titled debut album on Warner Brothers,
produced by Keith Olsen. Three singles from that album, “Fool in Love”, “Bad Habit”, & “Lost
in Loveland”, as well as video exposure on MTV, established FARRENHEIT as one of the
premier new rock acts. FARRENHEIT landed the coveted opening slot on the 75 date BOSTON
‘Third Stage Tour’ – sold out from coast to coast, and performed at the 1987 “Texxas Jam” to a
sold out crowd of 85,000 people at the Cotton Bowl in Dallas.
Charlie Farren has appeared on Bad Company’s 1986 LP “Fame and Fortune”, Nona Hendryx’s
1985 RCA album “The Heat”, Peter Wolf’s 1996 CD “Long Line”, as well as Joey McIntyre’s
1999 release “Stay the Same”.
Now working on what will be his 17th release, Farren has been described as contagious,
displaying a candor rarely demonstrated by former arena rock stars. “It’s clear he has not lost the
ability to captivate a room full of people no matter what the size,” writes Tom Dempsey of
SoundCheck magazine. His live solo performances remain the perfect forum for his remarkable
talents. Charlie Farren continues to be one of America’s most original and compelling musical
artists. He takes the stage alone – and leaves the stage with a roomful of new believers.