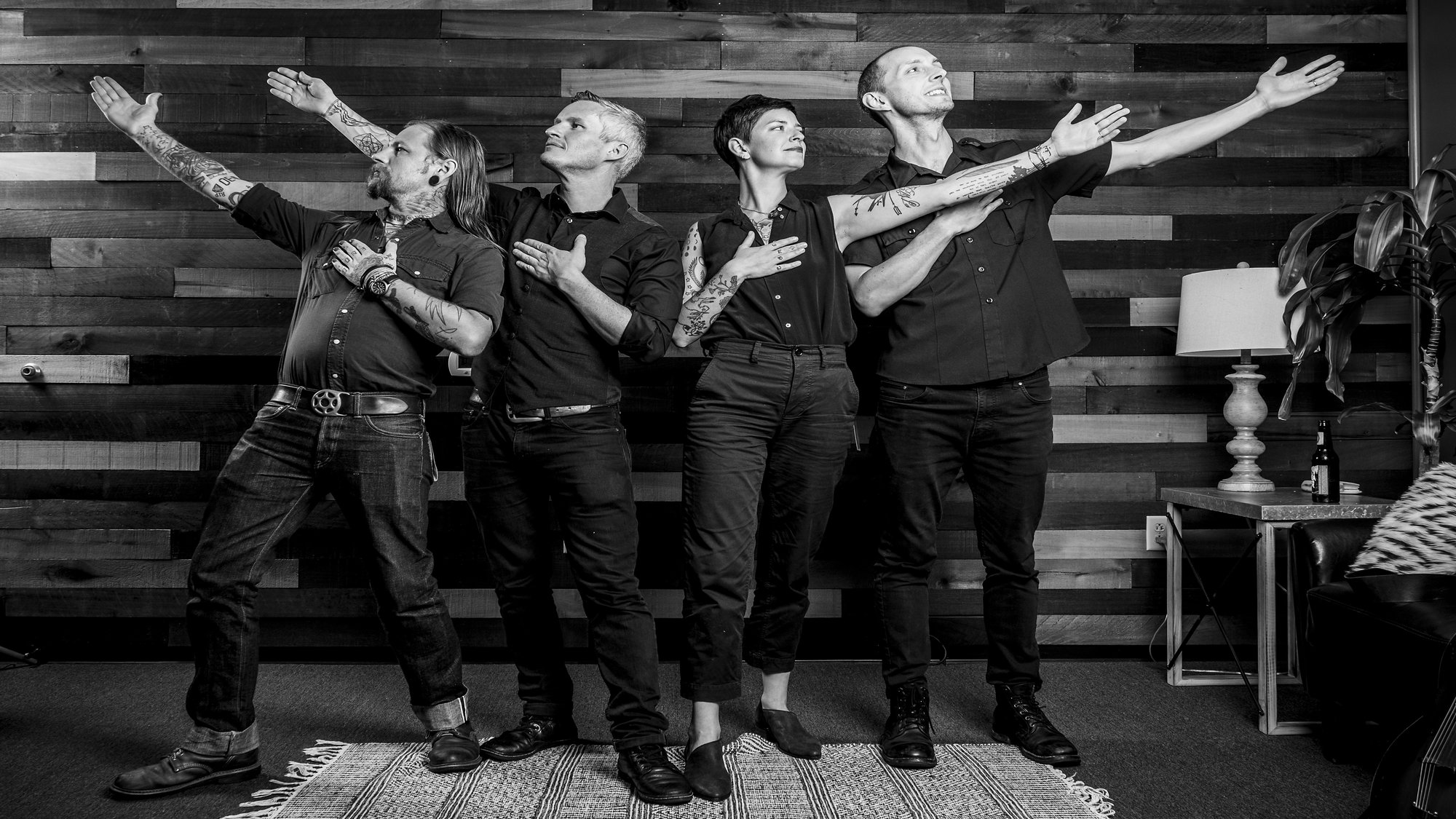 The power of words isn’t lost on longstanding Americana triumvirate The Devil Makes Three— Pete Bernhard, Lucia Turino, and Cooper McBean. For as much as they remain rooted in troubadour traditions of wandering folk, Delta blues, whiskey-soaked ragtime, and reckless rock ‘n’ roll, the band nods to the revolutionary unrest of author James Baldwin, the no-holds barred disillusionment of Ernest Hemingway, and Southern Gothic malaise of Flannery O’Connor.

In that respect, their sixth full-length and first of original material since 2013, Chains Are Broken [New West], resembles a dusty leather bound book of short stories from some bygone era.

“I always want our songs to unfold like short stories,” affirms Bernhard. “You could think of them like the chapters of a book. Of course, they’re shorter and maybe more poetic. This was a much more personal album about what it takes to be an artist or writer of any kind—and what you have to do to make your dream possible. It was really the headspace I was in. It might have something to do with getting older. You start reflecting on life and the people around you. I was doing that in these songs. That’s what makes the record more personal. I’m pulling from these things. Some of it is about drug addiction. Some of it is about the things you sacrifice. Some of it is about the detrimental things we do for inspiration. Nevertheless, they all have some sort of narrative.”

The Devil Makes Three’s journey up to this point could be deemed worthy of a novel. Their self- titled 2002 debut yielded the now-classic “Old Number Seven,” “Graveyard,” “The Plank,” and more as they organically attracted a diehard following through constant touring. Longjohns, Boots and a Belt arrived in 2003 followed by 2009’s Do Wrong Write between a pair of live recordings, namely A Little Bit Faster and a Little Bit Worse and Stomp and Smash.