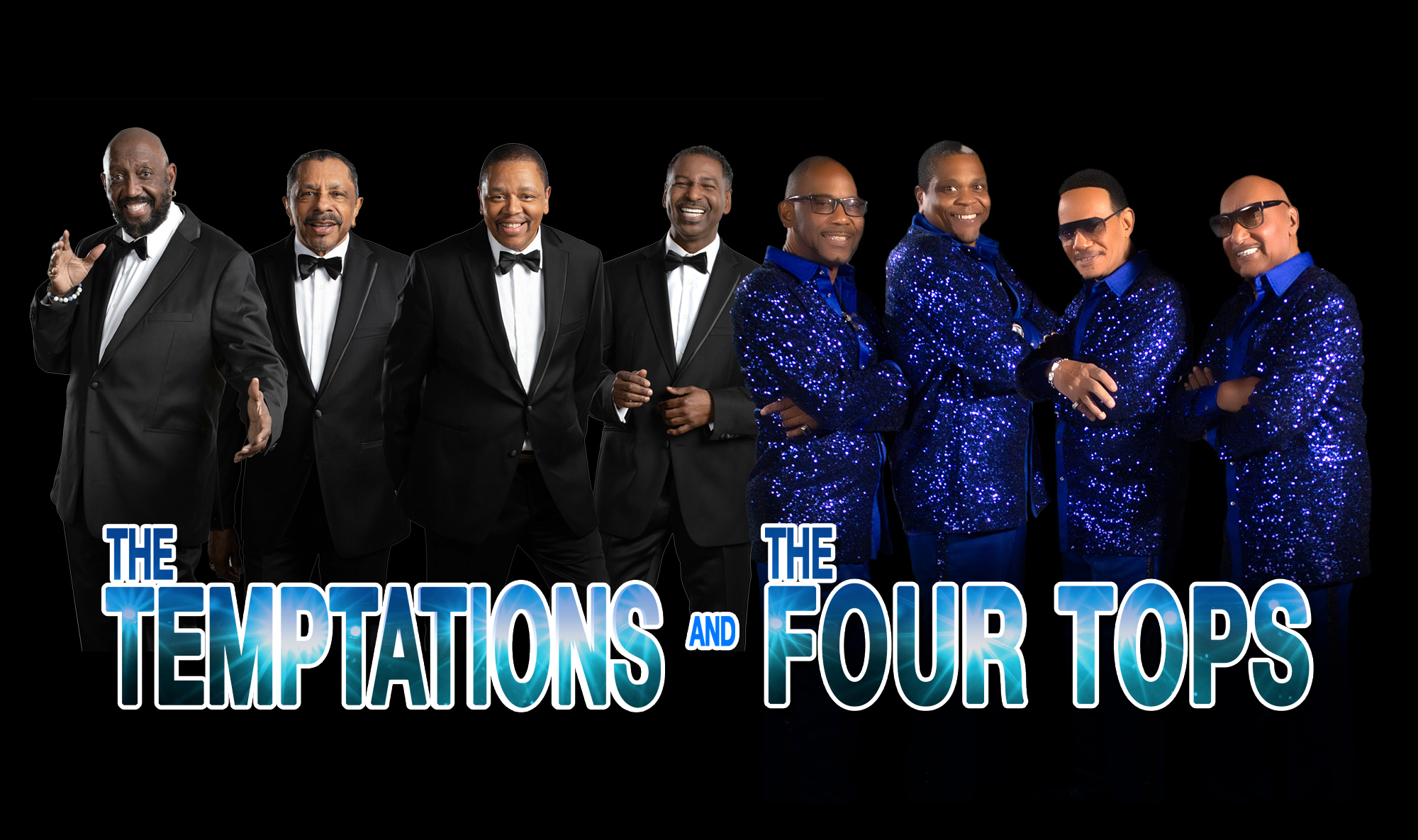 The Temptations, often referred to as “American Music Royalty,” are world-renowned superstars of entertainment, revered for their phenomenal catalog of music, and prolific career.

The Temptations are currently the subject of the smash-hit Broadway musical, “Ain’t Too Proud,” which opened on March 21st, 2019. The musical won the Tony Award for Best Choreography at the 73rd Tony Awards at Radio City Music Hall in New York City on June 10, 2019, and continues to captivate thousands of theater-goers during sold-out performances on the Great White Way. In June of 2019, the show’s producers announced tour plans for the musical starting July 2020, in more than 50 cities for 100+ weeks.

The group’s 60-year history spans both the 20th and 21st centuries and their music transcends generations. What began in Detroit, when a remarkable combination of soulful voices united, was the genesis of an epic journey that introduced multiple superstars to the world and produced some of the greatest music of our era.

The Four Tops’ story is one of togetherness and success. These Motown legends teamed up in high school, spent over four decades together without a personnel change, and in between became a top-tier act on a label with no shortage of talent, ranking with the Temptations and the Supremes as its most consistent hitmakers.

Where many other R&B vocal groups spotlighted a tenor, the Four Tops were fronted by deep-voiced Levi Stubbs — who had all the grit of a gospel-trained soul belter — yet the Tops’ creamy harmonies, filled out by Duke Fakir, Obie Benson, and Lawrence Payton, were smooth enough for Motown’s pop-soul productions. From 1964-1967, the group recorded some of the greatest and most popular Holland-Dozier-Holland compositions, including “Reach Out, I’ll Be There,” “I Can’t Help Myself (Sugar Pie, Honey Bunch),” “Standing in the Shadows of Love,” “Bernadette,” and “Baby I Need Your Loving.”

When Motown moved to Los Angeles in the early ’70s, the Tops remained in Detroit and enjoyed a renaissance with the ABC-Dunhill imprint, highlighted in 1973 by “Ain’t No Woman (Like the One I’ve Got),” among several additional Top Ten R&B hits. Through the ’80s, they continued to perform and tour, scored the occasional comeback hit, and were briefly reunited with Motown. Rock and Roll Hall of Fame inductees in 1990, the group released their last studio recording in 1995, remained intact until Payton’s death two years later, and continued through the deaths of Benson and Stubbs the following decade. Fakir continues to lead the Four Tops as a beloved live act.