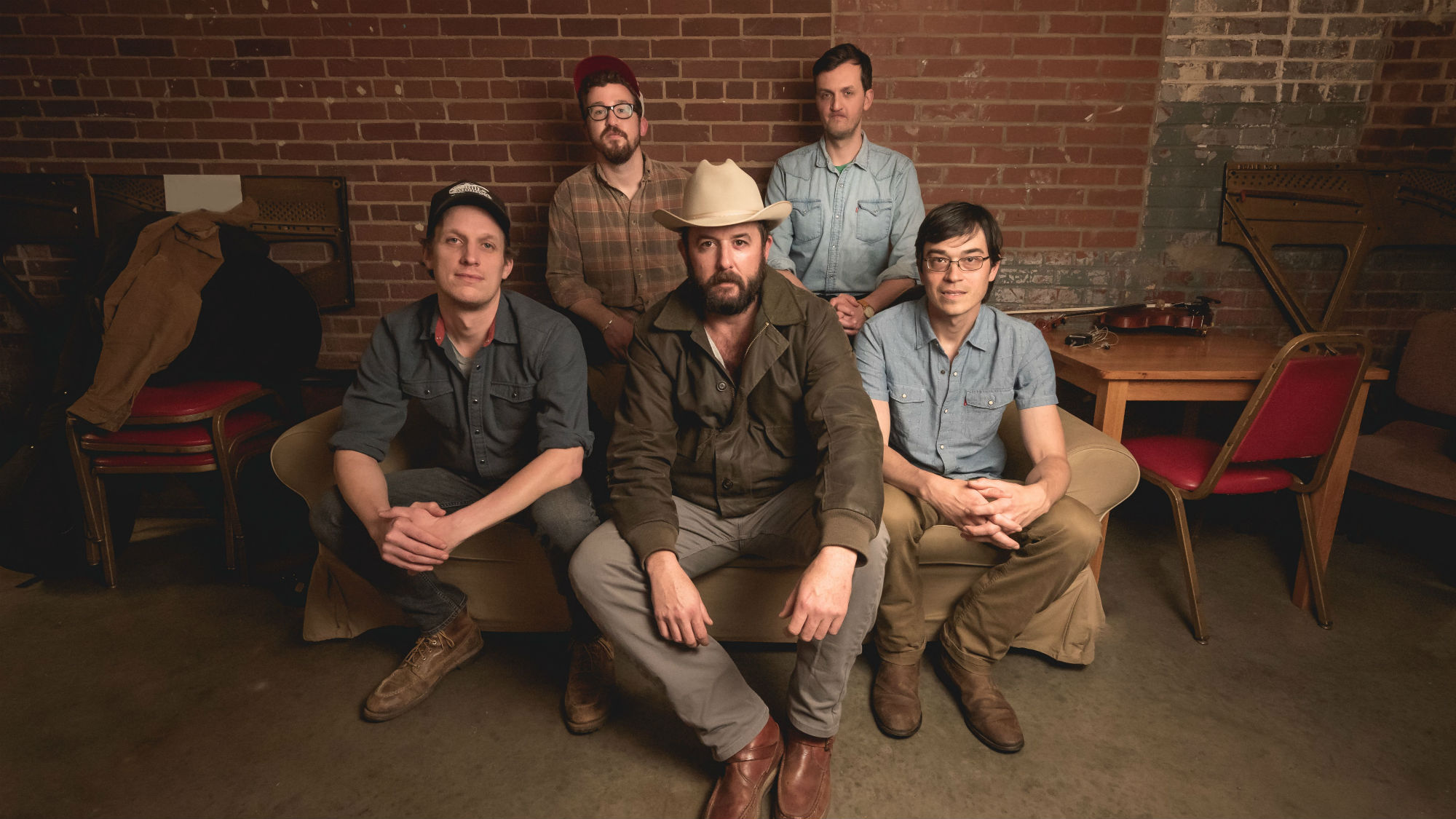 Laney Lou and The Birds Dogs

Raw, soulful, and with plenty of swagger, Town Mountain has earned raves for their hard-driving sound, their in-house songwriting and the honky-tonk edge that permeates their exhilarating live performances, whether in a packed club or at a sold-out festival. The hearty base of Town Mountain’s music is the first and second generation of bluegrass spiced with country, old school rock ‘n’ roll, and boogie-woogie. It’s what else goes into the mix that brings it all to life both on stage and on record and reflects the group’s wide-ranging influences – from the Grateful Dead’s Jerry Garcia and the ethereal lyrics of Robert Hunter, to the honest, vintage country of Willie, Waylon, and Merle. The Bend Bulletin’s Brian McElhiney says Town Mountain, “has serious country and rock ’n’ roll DNA.” Town Mountain features guitarist and vocalist Robert Greer, banjoist Jesse Langlais, mandolinist Phil Barker, fiddler Bobby Britt, and Zach Smith on bass.

Released October 26th, Town Mountain’s latest album New Freedom Blues (2018) is full of new material and features several guest artists including Tyler Childers who co-wrote one of the songs, Miles Miller (Sturgill Simpson, drummer), and other friends. Their prior album, Southern Crescent (April 1, 2016), debuted at #4 on the Billboard Bluegrass Chart while staying for ten weeks on the Americana Music Association’s radio chart Top 40, and widely considered one of the best bluegrass albums of that year.

Laney Lou and The Birds Dogs

Laney Lou and the Bird Dogs are an energetic Americana-Folk band that infuses four-part harmonies, engaging songwriting, and rock-n-roll drive into a modern approach to traditional folk music.
The Bird Dogs have been taking their infectious sound on the road since 2013, sharing stages with the likes of The Travelin McCoury’s, The Nitty Gritty Dirt Band, The Jeff Austin Band, Amy Helm, Leftover Salmon, The Infamous Stringdusters,  Billy Strings, Blitzen Trapper and many more.
The Bird Dogs released a live self-titled studio album in 2016, recorded at Basecamp Studio in Bozeman. Their follow-up album, titled The Vigilante Session, was recorded live at a forest service cabin in the Ruby mountains. In February 2019 Laney Lou and the Bird Dogs recorded their first full-length studio album, Sweet Little Lies, at Prairie Sun Records in Cotati CA. They worked with producer and engineer Brad Dollar, and released the album on May 3rd 2019.
Laney Lou and the Bird Dogs consist of Lena (Laney) Schiffer on vocals/guitar/percussion, Matt Demarais on vocals/banjo/dobro, Ethan Demarais on bass, Brian Kassay on fiddle/mandolin/harmonica, and Josh Moore on vocals/guitar.

The Town Mountain show scheduled for April 16, 2021 (originally scheduled for 3/24/20) at Mississippi Studios has been rescheduled to April 8, 2022. Please hold on to your tickets as they will be honored at the rescheduled show.