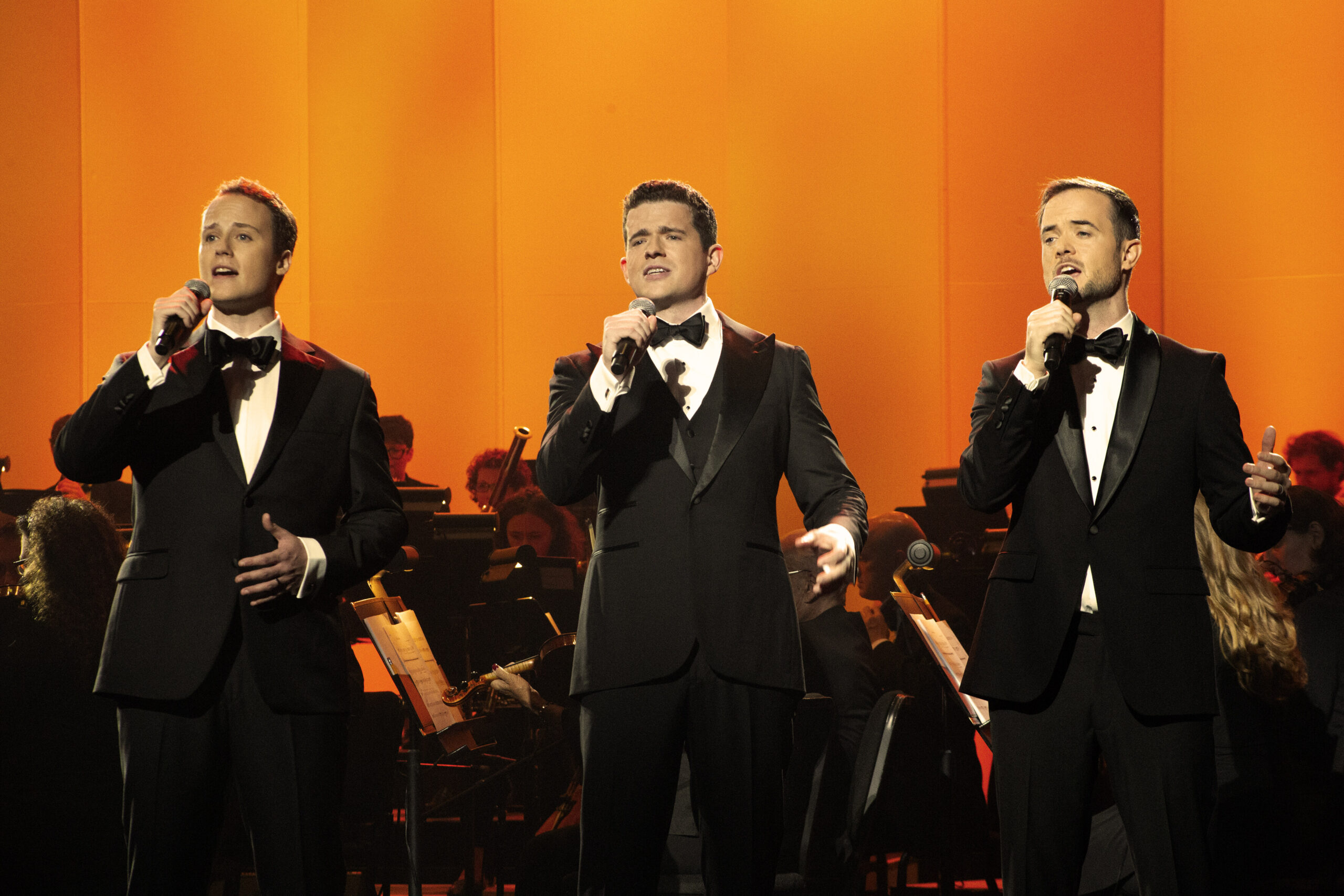 Three accomplished young Irish singers, all with performance experience on stages around the world, make up the cast of PBS’s newest Celtic music project— Trinity. Their first PBS concert, from the creator and producer of The Irish Tenors, Daniel Hart and former PBS Fundraising Vice President Joe Campbell, is scheduled for release in March 2022.

Three great young voices matched with the most beloved Irish songs and great new arrangements for the symphony orchestra add up to a magical musical experience.

Trinity’s appearance with the Gulf Coast Symphony Orchestra in Fort Myers is the World Premiere of a trio with the musical DNA to become America’s “next big thing” in Irish music.

Emmett O’Hanlon was born in New York to Irish parents, and after graduation from The Juilliard School with a Master of Music degree, set out on an amazing career as a classically trained baritone, opera performer and actor whose work as Principal Vocalist with Celtic Thunder took him to hundreds of cities in the U.S., Canada and Australia. Emmett is currently a member of the Deutsche Oper am Rhein in Düsseldorf.

Conor Murphy has Irish opera in his blood — his great-grandmother, Mimi Devitt, was a famous Irish opera soprano before WWII who earned the nickname “Mimi” for her well received Dublin performances in La Boheme. Conor’s family immigrated to Canada from Ireland in the early 1970s, and he was raised in a large Irish family, growing up in Ontario. Since earning a Bachelor in Music and Opera performance at the University of Toronto in 2016, he’s performed in opera, musical theater and solo performances across Canada, the U.S. and Europe.

Ronan Scolard is a multi-talented tenor and musician from Dublin. He studied Music at University College Dublin, obtained a post-graduate from Trinity College Dublin, and holds a Masters in Composition from the Dublin Institute of Technology. As a bonus to his warm tenor voice, Ronan is also Trinity’s Musical Director. His extensive experience, including choral and orchestra composition and working for world-renowned Irish productions, such as Riverdance and Celtic Woman, has made Ronan one of the most sought-after arrangers and music producers in Ireland.

Due to circumstances outside of our control, the TRINITY: Classically Irish show at the Mesa Arts Center on November 26, 2022, has been cancelled. You will receive an email from the venue in regards to your refund in the coming days, if you have not already. If you do not receive an email, please contact your point of purchase.