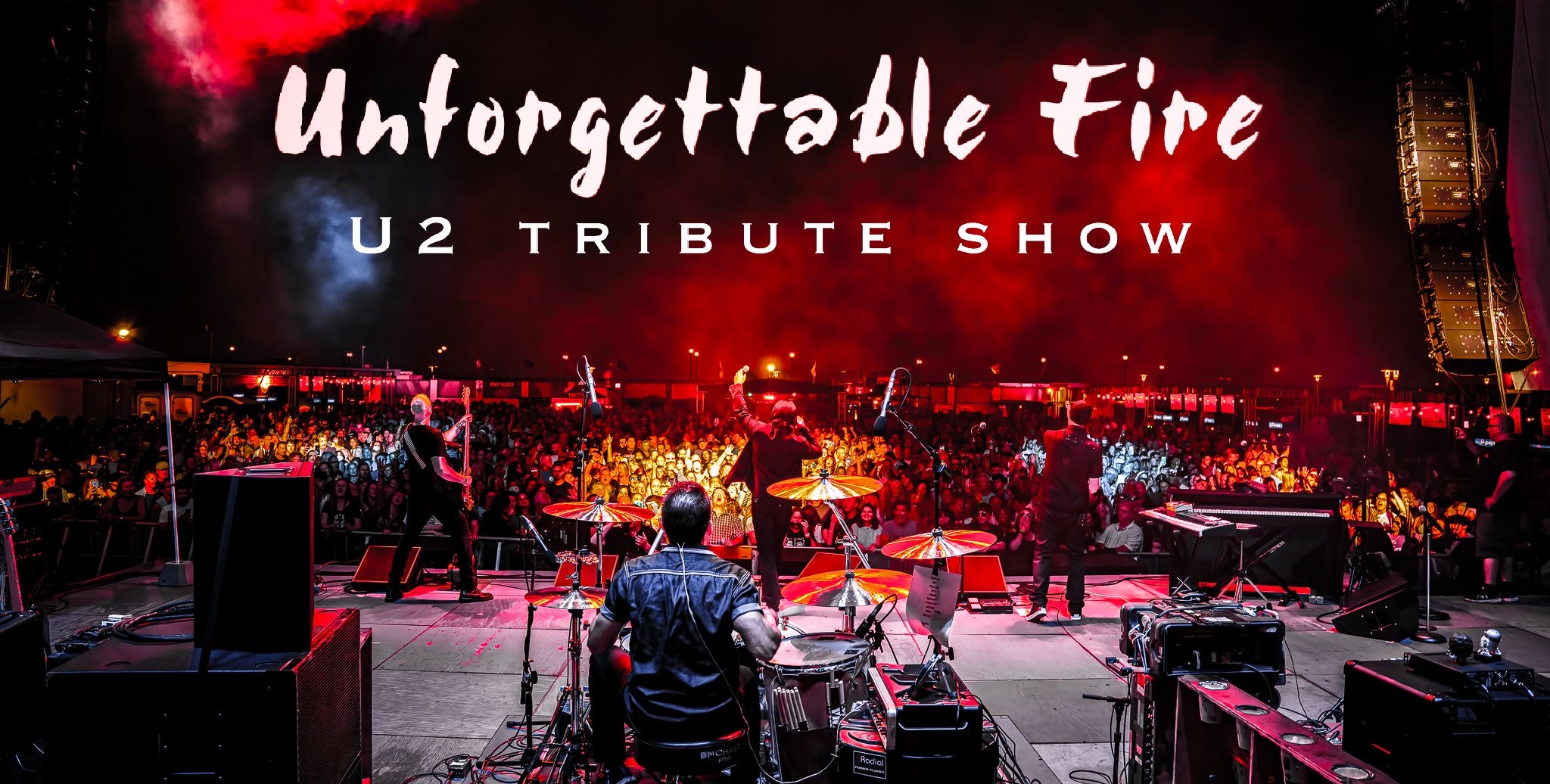 Unforgettable Fire: A Tribute to U2

Swyer Theatre at The Egg

Unforgettable Fire, or ‘UF’, was born on New Year’s Day in 1995 as one of the very first U2 Tribute Bands to ever perform in America. After twenty five years of performing at the most prestigious venues throughout the East Coast and beyond, UF have formed the reputation of being the preeminent U2 Tribute Show in North America.

The band strives to present a truly authentic U2 experience, both sonically, and visually. In addition to performing a very impressive array of U2 material from pre-”Boy” to the most recent “Songs of Experience”, the band does everything in their power (from wardrobe to lighting) to create the live U2 concert setting for their audience. The members of UF are also very dedicated fans of U2, and will not settle for anything less than complete authenticity.

In 2015, U2 members The Edge and Adam Clayton, crashed Unforgettable Fire’s show at The Cutting Room in New York City. They joined UF onstage for a very special surprise performance together to the joy and surprise of the audience. Adam Clayton and The Edge performed two songs with Unforgettable Fire; “Out Of Control” and “Where The Streets Have No Name”. Press from around the world, including Rolling Stone Magazine reported on that very special U2 and UF performance together.

2021 brought new worldwide exposure for the band, including an episode of JEOPARDY!, in which Unforgettable Fire were featured as a question, in a category titled ‘Tribute Bands’. In October 2021 Unforgettable Fire were featured & appeared on the series premiere of “Clash of The Cover Bands” on ‘E!’ Network, executive produced by Jimmy Fallon, with judges Adam Lambert, Meghan Trainor, and Ester Dean. UF won their episode with much praise and acclaim from the celebrity judges.