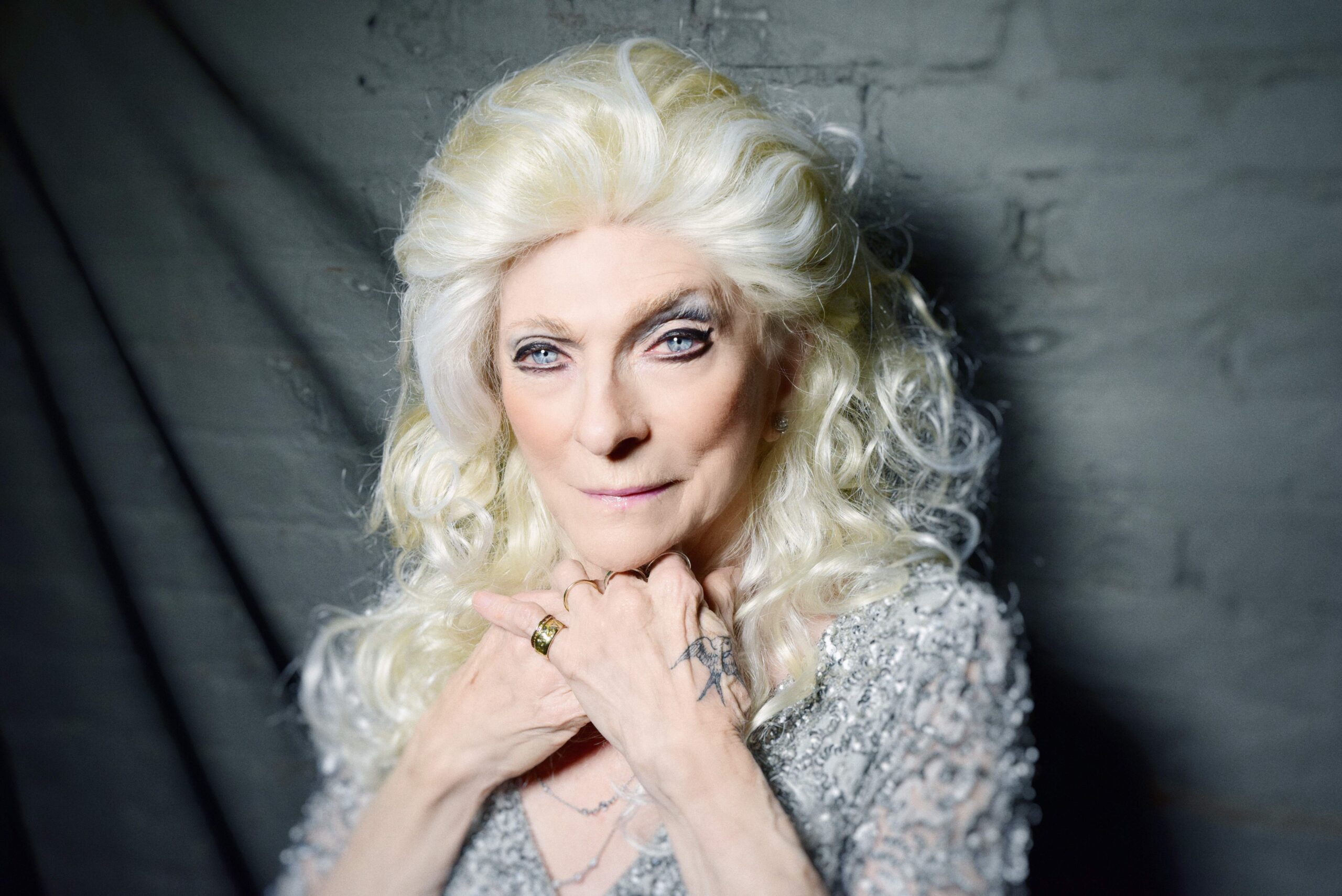 An Evening With: Judy Collins

In her 50-plus years in music, Judy Collins has always exhibited impeccable taste in songcraft. On her landmark 1967album, Wildflowers, she curated a stunning collection featuring originals alongside songs by not-yet household names such as Joni Mitchell and Leonard Cohen, and adventurous selections by Jacques Brel and Francesco Landini. Her discerning palette, and her literary gifts, have enabled her to evolve into a poetic, storyteller songwriter. Now, in her 6th decade as a singer and songwriter, Judy is experiencing a profound level of growth and prolific creativity.

The cultural treasure’s 55th release,  Spellbound, out February 25, 2022, finds Judy enjoying an artistic renaissance. The 13 song album is a special entry in her oeuvre. It marks the first time ever she wrote all the songs on one of her albums. It features 12 new recently-written modern folk songs, and a bonus track of her evergreen, “The Blizzard.” Spellbound is an introspective and impressionistic album. It unfolds as if Judy curated a museum exhibit of her life, and welcomed us into a retrospective of her most formative moments, some big and public, and some intensely personal and intimate.

“They say after the plague came the Renaissance,” Judy says with a good-natured laugh, loosely referencing the pandemic. “The truth is, I didn’t do an album like this sooner because I had other projects on my mind. This album was necessary for me to keep creative—it was the next piece of the puzzle.” She continues: “Now felt like the perfect time to make this record because, after all that’s happened in the world, we need something beautiful and inspirational to lift us up.”

In Judy’s eloquently written liner notes, she dedicates Spellbound to folk masters Pete Seeger and Woody Guthrie. On the album, she furthers their traditions of generously sharing their lives, loves, and personal reflection. Also, in her notes, Judy relates the origins of her songwriting—a story some know, and a testament to how gloriously unpredictable art and the muse are. Story goes that in 1966 Leonard Cohen made a special trip to Judy’s apartment to play her his song, “Suzanne,” and, while there, asked her why she wasn’t writing her own songs. Her response was to sit down at her Steinway that very day and write, “Since You’ve Asked.” Judy has been writing ever since then.

A lifetime and 54 years of songwriting elegantly come forth from Spellbound. The album revisits the thrilling 1960s Greenwich Village years; recreates breathtaking moments in the wilds of Colorado during Judy’s childhood; snapshots her hellraising years; and frames quiet moments of nature from just a few years back. The title references a formative time in Judy’s life when her pure love of the outdoors lured her close to becoming a park ranger. Lyrically, the songs are impressionistic and evocatively emotional. “I strove to capture what I see with lyrics, and bring particular times to life,” she says of the album’s painterly and personal songwriting.

While she celebrates many passages in life with her lyrics, her vocals sound untouched by time. Judy’s singing on Spellbound shines pristinely as she eases from warm low-register vocals to soaring high tones, as if no time has elapsed since her singing mesmerized a generation on Wildflowers. “That’s a combination of good fortune, extreme luck, and hard work and discipline,” she reveals. “I do a lot to protect and take care of my voice, and I practice every day—you have to or you lose it.”

The majestical track, “So Alive,” is an exhilarating time capsule of a song that documents the dazzling excitement and possibility of 1960s folk boom in Greenwich Village. “So Alive” establishes the album’s sublimely detailed production aesthetic which features a palette of acoustic guitar, textured electric guitar, piano, keys, lyrical bass lines, brushed drums, and Judy’s angelic vocals. The sweetly nostalgic, “When I was a Girl in Colorado,” pines for those pre-fame years when Judy’s life centered around seasonal outdoor joys.

Judy’s flair for literature, poetry, and her commitment to social activism shine forth on the stirring “Thomas Merton.” Merton was an author and a monk who spent most of his adult life in a monastery around Louisville, Kentucky. He was also a potent force in the anti-war movement, and there have been theories that his death was a murder. Judy addresses this juicy possibility with engrossing storytelling and poetic phrases. One potent passage reads: He dreamed of being an eagle with wings he would fly/from the west and north and the east/Thru rain and sleet and wind and snow/He’d find a way to bring us peace/Long after he was buried/Upon his death concealed/The evidence of bullet holes finally was revealed. The smoldering ballad, “Arizona,” showcases Judy’s achingly beautiful vocal floating over a piano ballad lavished with ethereal ambience and layers of heavenly harmony vocals.

In the studio Judy worked with a trusted family of musicians, including co-producer Alan Silverman and singer-songwriter-guitarist Ari Hest. Ari has worked closely with Judy for years, and, in 2016, Judy and Ari were nominated for a “Best Of Folk Album” Grammy for their duet album, Silver Skies Blue. In the studio the core group of musicians on the album are multi-instrumentalist Thad DeBrock (Duncan Sheik, Nelly, Jonas Brothers), bassist Zev Katz (Marc Anthony, Elton John, Billy Joel), and drummer Doug Yowell (Suzanne Vega, Joe Jackson, Duncan Sheik) – additional musicians on album are detailed within the album’s liner notes.

In a life and a career brimming with milestone moments, Spellbound is a high watermark of artistry and personal evolution. Though Judy has been writing for half a century, her new album ushers in an era of unbridled creativity. “I always knew I was going to be a late bloomer,” she says, cracking up with laughter.

The Judy Collins show scheduled for September 25th, 2022 has been rescheduled to May 9th, 2023 due to an injury Miss Collins has experienced .  The venue will be sending out an email to all verified ticket buyers over the next few days with more information.  Be sure to check your Spam/Junk folder if you are unable to locate the email. Please hold on to your tickets as they will be honored at the rescheduled show.