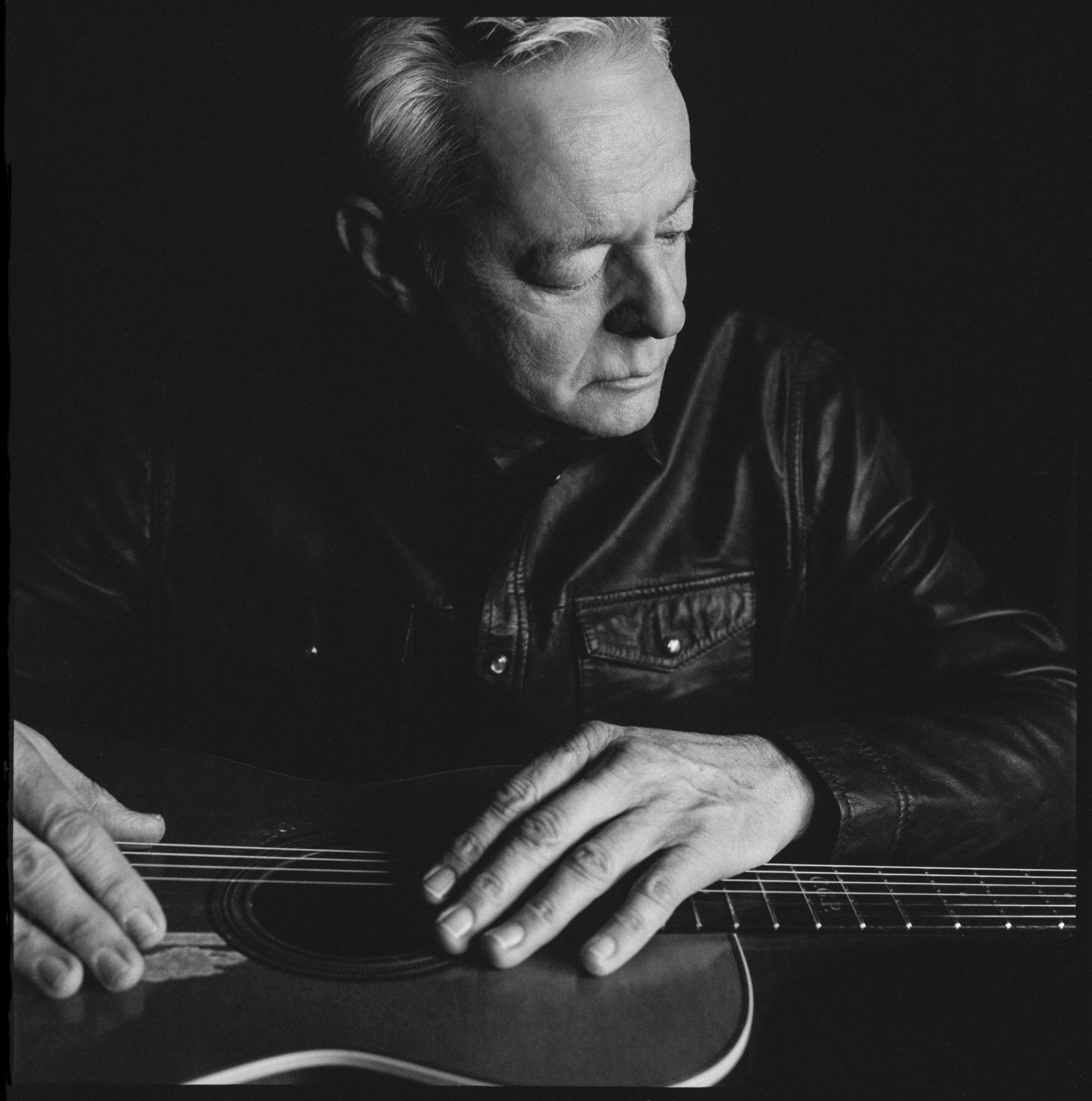 “Songs are our teachers. They show us the depth of the human race
and its unrelenting desire to create.” — Tommy Emmanuel
Anytime you talk to any of Tommy Emmanuel’s fans, whether musicians or civilians, invariably
they will speak of not one but two qualities that define his greatness. The first, predictably, is his
extraordinary guitar playing. Considered by those in the know to be among this planet’s greatest
guitarists, his playing is simply miraculous, as it would take three musicians, or more, to do what
Tommy does solo. Who else, for example, when playing “Day Tripper,” can lay down the
rhythm part, dig into the riff and sing the melody all at once on just one acoustic guitar?

Which brings us to the other aspect of his music always mentioned, and without which the first
might not be as powerful or as infectiously appealing: the joy. Yes, joy. Because it’s one thing to
play these multi-dimensional arrangements flawlessly on an acoustic guitar. But to do it with that
smile of the ages, that evidence of authentic, unbridled delight, is an irresistible invitation to feel
his music as deeply as he does. “The joy, he says, “is there always because I’m chasing it through
music. Seeing the surprise in peoples’ eyes is worth living and working for… I can’t help but play
to the people with all my heart, which is overflowing with joy of being in that moment that I’ve
worked all my life for. And here it is!”

Although his expression is instrumental, he comes to the guitar much more like a vocalist,
positively singing melodies through the strings. He inhabits the tunes he performs, delivering
every nuance and turn of phrase. His own songs are also illuminated always with lyrical
melodies that go right to the heart, such as his beautiful ode to his daughter, “Angelina,” or his
great “story without words,” “Lewis & Clark.” That they resonate so deeply without words
makes sense, as words only go so far. But music, coming from a genuine and joyful source, can
go so much farther. Now with The Best of Tommysongs, he brings us a complete collection of his
own songs, all rich with ripe melodicism and rendered with joy in real-time.
“When I was a kid, I wanted to be in show business. Now, I just want to be in the happiness
business. I make music, and you get happy. That’s a good job.” –Tommy Emmanuel

Mike Dawes is an English guitarist known for composing, arranging and performing multiple parts simultaneously on a single guitar. He is hailed as one of the world’s most creative modern fingerstyle guitarists with a repertoire spanning solo viral videos and popular arrangements, alongside mainstream chart success performing with Justin Hayward of The Moody Blues.

Dawes was named ‘Best Acoustic Guitarist in the World’ two years in a row (2017 & 2018) by Total Guitar Magazine/MusicRadar reader polls and simply needs to be seen to be believed. His ability to combine the melody, bass, harmony and percussion all seamlessly together with just one guitar leaves audiences absolutely stunned, both with original music and popular covers.

He is now releasing his first ever live album, ‘Shows and Distancing: Live in the USA’ . The album features fan favorites such as ‘Boogie Shred’ and ‘The Impossible’ as well as ‘William Shatner’s Pants’ in its live debut. It also features many of Dawes’ viral cover arrangements with unique versions of ‘One’ by Metallica, John Mayer’s ‘Slow Dancing In A Burning Room’ and Gotye’s ‘Somebody That I Used To Know’.
Dawes says “The energy captured on Shows and Distancing is impossible to replicate away from the stage, which is something I miss dearly in these strange times. I didn’t want to release a live record without capturing the live energy of the room, especially at a time where all we have is recorded music. For that reason, I’ve included the crazy audience moments – the clap alongs, the laughs, the singing, the banter and all the devices I try to employ to reach the reluctant drag along at the back of the room! Shows and Distancing is about togetherness.” He continues, “I hope that the moments captured on this record keep the appetites of live music fans satisfied. I feel that so many people are missing their live music fix right now and it is the perfect time to release a live record, even if nothing more than a thank you to the fans for some wonderful shared memories across the USA, and across the world.”

Shows and Distancing was recorded in 2019 throughout the United States, with a few extras from the past. The first show was captured just off Central Park in New York City, whilst the second show turned out to be the last concert of the Justin Hayward 2019 US tour before quarantine. The album also features some rare highlights such as Dawes’ duet with Quist on ‘One’, cut at the NAMM Show in Anaheim, CA. Added extras include previously unreleased songs from Mike’s first ever headline concert in the USA.

Dawes’ previous solo album, ERA, spawned a viral hit with his arrangement of ‘One’ that has over 4.5 million YouTube views and over 100 million more views on various social media sites. His debut record, What Just Happened?, features a large number of additional video hits with over 12 million YouTube views for two popular versions of ‘Somebody That I Used To Know’. He is featured on multiple Justin Hayward live releases including​ Spirits…Live​, which debuted at #2 on the US Billboard Chart. Dawes also has a strong reputation as an educator, acting as a columnist for Guitar World and Acoustic Guitar magazines as well as teaching multiple guitar workshops all over the world, creating apps, publishing degree level literature and more.

In addition to touring with Justin Hayward, Dawes has toured with fingerstyle guitarists such as Andy McKee and the legendary Tommy Emmanuel. He has also been a prominent part of several ‘International Guitar Night’ tours throughout North America, most recently hosting the record breaking 20th Anniversary tour in early 2020.

She grew up in northern Virginia where various genres of music from smooth jazz to hip-hop were played in her household. She was introduced to the guitar after playing the video game Guitar Hero 2 and became interested in playing the guitar in 2009. She begged her parents to buy her a real electric guitar and once she received her first guitar and amplifier, she taught herself how to play the guitar by ear. After a few years of playing the electric guitar, she taught herself how to play the bass guitar, 12 string guitar, and classical guitar before eventually deciding to switch her focus to the acoustic guitar because of the instrument’s versatility. While in high school, she released her first EP Serendipity in 2012, which she recorded and mixed herself.

She graduated from New York University with a BM in Music Theory and Composition in December 2017. Her first album, Unwind, was released on May 4, 2018 and is available on all major streaming services and Bandcamp. The album has charted highly on several Amazon and iTunes charts including top paid albums, including charting at #7 on Amazon’s top paid albums and #1 on iTunes‘s Folk chart, and charted at #15 on Billboard’s Heatseekers chart. Her second album, Urban Driftwood, was released on January 29, 2021 and has received high praise from numerous major publications including Pitchfork, Rolling Stone, The Washington Post, NPR Music, No Depression, Bandcamp, Paste Magazine, and other outlets.